Although the NBA All-Star game has become less watchable over the years (due to the lackluster defense and lack of effort), many fans, including myself, find themselves tuning into the streetball-like pick-up game anyway. Earlier this year, the NBA announced a new All-Star game format, where two captains will draft the 2018 All-Star teams from a pool of players voted as starters and reserves, with the captains choosing players for their team, no matter the conference. The captains will be chosen by the starter who receives the most fan votes in their respective conference. It’s a nice effort to boost ratings but I’m not sure if copying the NFL’s technique for the Pro-Bowl is the best way to gain viewership. Being an All-Star is an honor but in my opinion, being named to NBA All-First team or NBA All-Second team is way more of an accomplishment since the voting is conducted by a panel of only sportswriters and broadcasters.

Nevertheless, every player dreams as a kid of being an NBA All-Star, which is understandable. It still feels good to be acknowledged by fans across the world and coaches across the league for your talents. Any player that says to the media that he doesn’t care about being snubbed in the All-Star game is lying. They all want to be headlined in the major sporting event and hope to be known across the league as one of the NBA’s best. In the upcoming article, you can read my predictions and analysis on who I believe will be the starters and reserves voted for the new All-Star game format, starting in 2018. The list includes some obvious choices, as well as some “sleepers”, who might find themselves as an All-Star for the first time in their careers. As far as captains go, it would be awesome if the whole country of Latvia could vote for my guy KP, but I have a feeling LeBron James, the best and most popular player in the world, will take it from the East. Will he choose former running mate Kyrie for his team? Probably not. For the Western Conference, it’s only fitting if Kevin Durant is LeBron’s captain opponent but since he’s not very well liked anymore by fans nationwide due to his departure from OKC to Golden State, I’m not sure he’ll gain the votes necessary.

My vote is for James Harden, Russ Westbrook or Steph Curry to lead their respective team, against LeBron James and his crew. Whoever the captains or rosters may be, it will certainly be a different look in Los Angeles this year. The 67th All-Star Game will be played on Sunday, February 18th at 8pm ET/5pm PT on TNT. 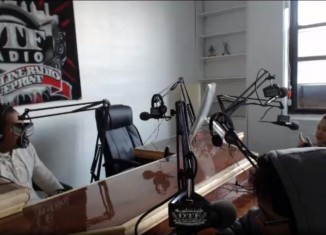 Feb 16, 2015
0
Check out the full replay of the latest episode of the KIRS Radio Show on DTF Radio/Ripped Radio Network. This episode featured a discussion on NBA All-Star weekend events and a discussion on Valentine's Day VS All-Star Weekend. Enjoy episode #71 from Brooklyn, NY!