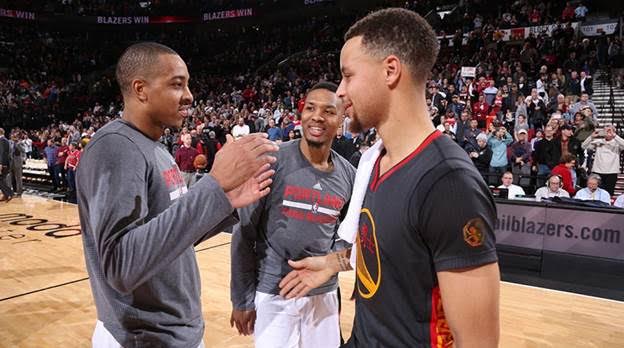 Decision: The 2-time MVP, Stephen Curry, could easily be the starting point guard for the Western squad and we’ll see how the voting turns out. However, I feel like last year’s MVP (Russ) was snubbed a starting role in 2017 so it would be nice to see Westbrook get redemption and start in 18’. Nevertheless, Curry is still the best pure shooter I have ever seen and continues to be one of the most popular players in the NBA. Curry has completely revolutionized long-distance shooting. Remember when you used to play basketball with your friends and someone would scream out JIMMER! Everyone knows now that Jimmer is no match for Steph and anything related to a long-distance three-pointer deals with Chef Curry. An unbelievable talent that will continue to be a top 5 player in the league, definitely gets his 5th All-Star appearance in 2018.

Decision: Is this the year Damien Lillard finally gets an all-star selection? I really, really hope so. He’s deserved it for quite some time now. However, the surplus of all-star point guards in the Western Conference has always denied access for Young Dame. With Chris Paul and Mike Conley missing substantial time this year with injuries, I believe this is the season Lillard finally gets in. One of the most underrated and best offensive point guards in the game, I think Lillard needs a big-time market to put his talent on the national map.

Decision: It would be kind of messed up if McCollum got his first all-star selection before teammate Damien Lillard but it certainly is possible. As you can see above, I believe this is the year BOTH get in but it’s definitely possible one or the other gets in as well. McCollum is a fantastic shooter and he and Lillard together create one of the best backcourts across the entire NBA. If the 2016 Most Improved Player keeps playing the way he has in the opening months, he certainly has a chance of playing for the Western squad.

The King Remains Number One

May 1, 2010
0
The chosen one Lebron James reclaims his throne as the top player in the NBA by winning his second straight MVP award 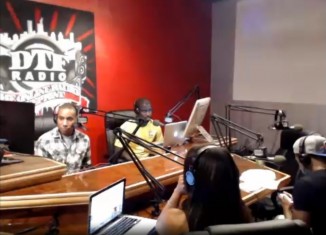 Sep 1, 2014
0
Check out the full replay of the latest episode of the KIRS Radio Show on DTF Radio in Brooklyn, NY. This episode featured discussions on the upcoming week 1 NFL match ups & Team USA Basketball in the FIBA tournament... Enjoy episode #47 from Brooklyn, NY!