Home Articles/Editorials Somebody Save “The Sanchize”

It’s hard to imagine that the NFL quarterback best known for the infamous Thanksgiving night “Butt Fumble” has yet another low in his roller coaster career.

Mark Sanchez was acquired by the Denver Broncos this past off season as band aid to temporarily fix the larger whole in at the quarterback position. Peyton Manning’s retirement and Brock Osweiler’s surprising deal with the Houston Texans opened the door for the embattled former USC Trojans star.

Sanchez’s struggles in pre-season adjusting to his new team has led to him being passed over for the job completely. The veteran quarterback was passed over for Trevor Siemien whoserved last year as the emergency third quarterback for the defending world champions. Paxton Lynch, Denver’s top draft pick waiting in the wings as the back up surely marks the end of Sanchez’s short tenure with the Broncos.

How did we get here? Remember the time Mark was a budding young star with the New York Jets leading the team to back to back AFC title game appearances. The Jets then “franchise” quarterback has garnered comparisons to their former hall of fame great Joe Nammath from being drafted 5th overall in 2009. He was featured prominently in 2010’s HBO Hard Knocks: NY Jets training camp as a savior of the team destined for greatness.

Sanchez’s fortune changed quicker than a NY minute as the team began to decline in productivity and never returned to the AFC title game after 2010. Turnovers killed Sanchez during his Jets tenure, but none no bigger than the one on November 22, 2012 as he ran into the rear end of his offensive linemen causing a fumble return for a touchdown by the rival New England Patriots on national television.

In an attempt to move on from the “Butt Fumble” Sanchez redeemed himself as a respectable back up in Philadelphia, even starting a few games. Now as he awaits his fate in the league I can’t help but play the “What if?” game.

What if Sanchez wasn’t successful his first two years in the league? Would we be as critical with him and his average stats, low QB rating and high turnover numbers?

What if Sanchez didn’t start his career in New York? Would he be attacked by the media constantly with unrealistic expectations, hopes dreams etc…

What if Sanchez had a QB minded head coach to start his career? As great a job Rex Ryan did to build confidence in his players he built that team to win on defense. A coach such as the Arizona Cardinals BruceArians or now famed ESPN commentator Jon Gruden would’ve served as the perfect “QB Whisperer” for the young player.

What if Sanchez had stayed at USC for his senior season? There were concerns from then Trojans head coach Pete Carroll about Sanchez leaving early for the 2009 draft. Maybe Carroll knew something well before the rest of us and could have corrected plenty of the turnover woes.

There is no clear sign of how this story will end for Sanchez, but at 29-years old facing yet another start over situation the window is closing quickly. Hey I guess it isn’t all bad, he will forever be known in sports culture for a fumble and a nickname…Long live “The Sanchize”. 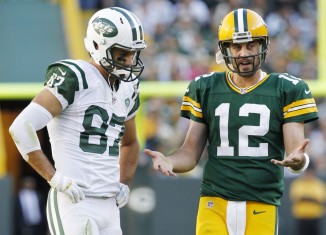 Sep 18, 2014
0
Week 2 is in the books and we’re starting to see some differences in opinion between Rob and I. The teams we’re seeing now are closer to what they’ll look like for most of the season. We’ve had some major injuries that could shake things up though so things could and should change. 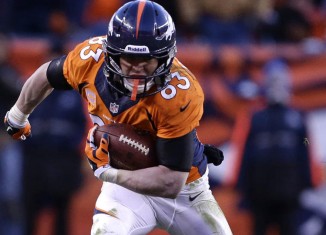 Broncos Down Another Player For Opener

Sep 4, 2014
0
Wes Welker of the Denver Broncos missed three games at the end of last season after sustaining a bad concussion. During a preseason game versus the Texans on August 23rd, Welker suffered yet another concussion. However, head injury isn’t the reason for Welker missing the opening of the season. ESPN’s Adam Schefter reported that the NFL suspended the 33-year-old for the first four games after testing positive for amphetamines.