It’s hard to imagine that the NFL quarterback best known for the infamous Thanksgiving night “Butt Fumble” has yet another low in his roller coaster career.
END_OF_DOCUMENT_TOKEN_TO_BE_REPLACED

In times like these, I like to take solace in the lyrics to one of my favorite 90s classics from Third Eye Blind called Jumper…with a minor tweak. My version would go, “I wish you would step back from that ledge, Jets fans…” The rest would obviously be a work in progress.

END_OF_DOCUMENT_TOKEN_TO_BE_REPLACED 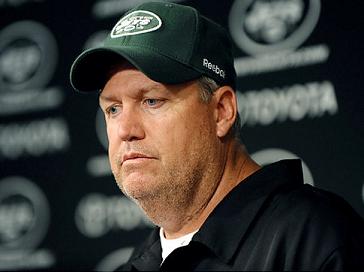 Tis the season of great Jet folly. Rex Ryan could do nothing but shake his head as Tim Tebow the much maligned winningest quarterback of all time rumbled infuriously for the game winning touchdown last Thursday night. Now the Jets are 5 – 5 and the city is seems a bit bluer these days. A question remains why are we acting like we have never been here before?

The notion that an article like this even needs to be written again is quite humorous being that we have seen this narrative before.I almost thought of mailing it in and relying on words written by Tom Pedulla of USA Today in 2010 “The Jets (10-5)thought when this season of great expectations began that they could rely ontheir defense to lead a Super Bowl run. But that swaggerwas nowhere to be found after they struggled mightily at Soldier Field against a Bearsteam that averaged 20.9 points before Sunday.” All that is needed is a Bronco reference here and a Sanchez barb there and boom you have got your revampedgrim outlook on a brand new Jet season marred with unreal expectations. Onething Is different however there 5 – 5 not 10 – 5 like last season. Still can we all justgive it some time?