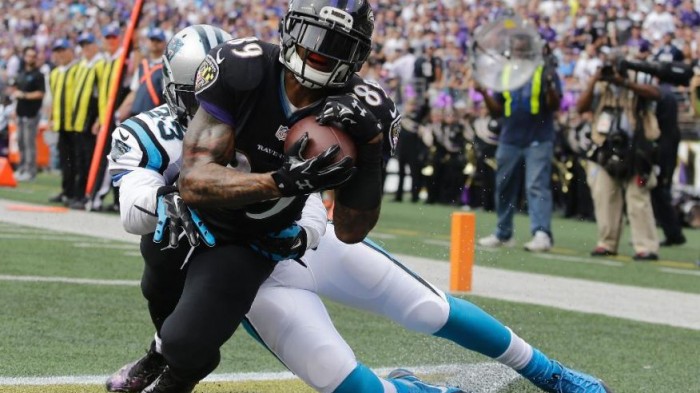 And its all day back and forth like Red and Meth…in this scenario I guess this makes me Meth? I don’t know. Anyway, this is about the time in the season where teams start to realize who they are. I think this is also the time of year where Rob and I start to wonder if the now coach-less Raiders will win any games this year.

32. Jacksonville Jaguars (0-4) – If you expected the Jaguars to be competitive against the Chargers, you probably live in Florida.

31. Tampa Bay Buccaneers (1-3) – Too little, too late Tampa. The only reason you’re not 33rd in the rankings is because you actually won a game and started Mike Glennon. Maybe Lovie Smith has things figured out. Or maybe not. They can easily go 1-15.

27. Washington Redskins (1-3) – Remember when Jay Gruden said he’d stick with Kirk Cousins even after Robert Griffin III came back from injury? He’s gotta be kicking himself after that.

24. New York Jets (1-3) – This team reminds me of those 90s Eagles teams that couldn’t get over the hump because Buddy Ryan refused to pay attention to the offense. At least those teams had Randall Cunningham.

23. Minnesota Vikings (2-2) – I’ve been singing the praises of Teddy Bridgewater for years now, even after he decommitted from the University of Miami. He finally got a chance to show what he can do in his first career start. The running backs helped too.

22. Carolina Panthers (2-2) – The Panthers are supposed to have a good defense. Is Thomas Davis’ injury really that much of a factor? They let Old Man Smiff (thats right, I said Smiff) make his old team look silly.

20. Houston Texans (3-1) – Thank God for JJ Watt. He might actually be the best overall football player in the NFL.

19. Miami Dolphins (2-2) – Do you think Joe Philbin said he’d consider changing his quarterback to motivate Ryan Tannehill? Yeah me neither.

17. Dallas Cowboys (3-1) – Wow, who knew that if you had a solid offensive line and an above average running back that you could win some games? Jerry Jones stumbled upon a nice little strategy that he’s bound to screw up like some Tuesdayafternoon stripper.

16. Atlanta Falcons (2-2) – They gave up 241 rushing yards to guys named Jerrick McKinnon and Matt Asiata. I think that sums up this terrible defense.

15. Kansas City Chiefs (2-2) – Even with a banged up offensive line, these guys ran ALL OVER the Patriots.

14. Detroit Lions (3-1) – The secondary isn’t that good, the defensive line put a lot of pressure on the team’s opposing quarterback. Plus it was Geno Smith.

13. New Orleans Saints (1-3) – Much like his twin brother, Rob Ryan’s mouth wrote some checks that his defense couldn’t cash.

12. Chicago Bears (2-2) – The only reason the Bears didn’t give up more points is because the Packers chose not to.

11. Baltimore Ravens (3-1) – I’m really looking forward to watching these guys play the Bengals. Thats really it. I couldn’t care less about Steve Smith beating his old team. Sure its nice but I’m over it.

9. Green Bay Packers (2-2) – Aaron Rodgers told us to relax and the Bears defense took it literally.

6. San Francisco 49ers (2-2) – This game shouldn’t have been so close. The Niners held the ball longer, had less turnovers and almost doubled the Eagles in yards. How did they only win by 5?

5. Philadelphia Eagles (3-1) – They didn’t score an offensive touchdown and still managed to stay in this game. I don’t know if thats impressive or pitiful.

4. Cincinnati Bengals (3-0) – Best part of their bye week is another week for A.J. Green to get healthy. Long stretch going forward though.

3. San Diego Chargers (3-1) – I like these guys. They have moxie. They should probably be undefeated. IS ANYONE ELSE REALLY EXCITED FOR WHEN THEY PLAY THE BRONCOS?!

32. Jacksonville Jaguars – Stan and I agree here. It would be hard to argue against it.

31. Oakland Raiders – I appreciate Stan sticking with the Bucs after he walked them to the bottom of his rankings with his tail between his legs, but the Raiders’ are worse.

30. Tennessee Titans – The Titans are getting worse fast. The defense is improved from last year, and the offense has weapons, but I didn’t think that Jake Locker could get any worse. I was wrong, he could be worse. He could be Charlie “Why am I still employed?” Whitehurst.

29. St. Louis Rams – The Rams were supposed to take the best defensive line in the league and add an improved back seven and a better offense this season. They have a grand total of one sack through three games, coming from rookie Aaron Donald. The rest of the team has taken a step back accordingly.

27. Tampa Bay Buccaneers – Mike Glennon is not good at football, but at least he isn’t Josh McCown. Who thought McCown was a good idea? This team has a lot of talented players, and hopefully they can find their Alex Smith and have a 2013 Chiefs-esque turnaround.

26. Cleveland Browns – Hey Cleveland, I am sorry. I am dropping you four spots while you were on a bye week. A bunch of blowout wins by teams worse than you last week kicked you down here. God hates Cleveland.

24. Minnesota Vikings – TEDDY! TEDDY! TEDDY! Years from now, Blake Bortles and Johnny Manziel being drafted over Teddy Bridgewater because of a mediocre pro day will seem so crazy.

23. Miami Dolphins – They blew out the Raiders. Congratulations, I am still quite unimpressed. The Patriots’ implosion isn’t helping their case.

22. Kansas City Chiefs – Stan likes the Chiefs. I can see why. They have some really great pieces, but I don’t see the offensive line holding up. Hopefully the defense returns to their early 2013 form.

21. Buffalo Bills – The benching of EJ Manuel is the biggest overreaction in Buffalo since the drafting of EJ Manuel. The defense is pretty filthy though, and Orton can’t f*** things up that bad right? (Don’t let the neckbeard fool you, he can and he will.)

20. New York Jets – I am not going to kill a team I still think has a chance to hit 8-8 or 7-9. The schedule for the first seven games is brutal (maybe six if the Patriots suck). The back nine will be considerably easier.

19. New York Giants – The Giants can add another victory over Kirk Cousins to their impressive record over backup quarterbacks the past two seasons. They are 3-10 against starting quarterbacks since 2013, with wins coming over Matthew Stafford, Robert Griffin III, and Ryan Fitzpatrick.

18. Houston Texans – J.J. Watt eats people. He is maniacal. The world is over when he decides it is over.

17. Pittsburgh Steelers – Dropping the Steelers to 21 was totally warranted by Stan. They lost to the 35th ranked team in a 32 team league. The black and yellow should have put the game away early, but Mike Evans and Vincent Jackson are going to win a lot of those toss up plays.

16. Atlanta Falcons – You can’t be a serious competitor and give up 41 points to a rookie quarterback in his first start. TEDDY! TEDDY! TEDDY!

14. Detroit Lions – Golden Tate is the closest thing we might ever have to Steve Smith. and if Stafford can move the ball without Calvin Johnson, this team could be good.

13. Chicago Bears – The Packers might be really good, and the Bears can’t play defense. They need to get healthy and they need to score.

12. New Orleans Saints – At 1-3, it is finally time to admit that the Saints are not getting home field advantage in the NFC Championship. They do not have the offense I thought they had. Still, they should be heavy favorites to win the division.

11. Dallas Cowboys – The Cowboys are good. If they have a defense that ranks anywhere in the 20s, they will continue to bully teams around on offense on their way to the playoffs.

10. Indianapolis Colts – Andrew Luck is the best thing that ever happened to football.

9. Philadelphia Eagles – The loss to San Francisco was the most depressing performance of the year by an NFL team that didn’t start Josh McCown at quarterback. That includes every Jaguars game.

8. New England Patriots – This is a great spot for the Patriots. I don’t want to overreact, butI think it is time to react at least a little on this porous offense.

7. Green Bay Packers – I am glad everyone in Packerland heard Aaron Rodgers’ message. Hopefully no cheesehead attempts to assassinate the Malaysian Prime Minister.

6. San Francisco 49ers – First of all, this team is fantastic. They need to keep the pressure on and cut down the mistakes, but they could still be special.

5. Arizona Cardinals – Can’t argue with 3-0, especially since they achieved part of that with backup quarterback Drew Stanton at the helm.

4. Cincinnati Bengals – Is Cincinnati playing like the best team in the league right now? Yes. Do I think they will win a playoff game? No. I really, really don’t.

3. San Diego Chargers – The Jets could have a great shot to beat this Chargers’ team down if they can get to Philip Rivers. At the same time, Rivers could throw for four bills against them. 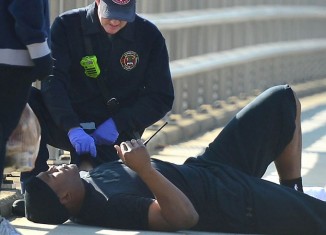 Dec 13, 2014
0
Join the KIRS Radio team from Noon to 1pm for unique and entertaining sports coverage you can't find anywhere else! The team will be discussing the return of Kevin Durant to the Oklahoma City Thunder along with a preview of Week 14 of the NFL Season. Featuring in studio guest comedian Charlie Wilson...