Sports Social with Ed Easton featured an discussion on game one of the NBA Western Conference Finals. KIRS boxing correspondent Danny Clase calls in to talk possible Mayweather vs McGregor match up? Professional volleyball player Nick Hunt joined me in studio to discuss his career and plans.

Aug 27, 2015
0
The NBA family lost a valued member when Darryl Dawkins passed away suddenly on Thursday, August 27th at the age of 58. Known as much for his powerful game as his creative, offbeat personality, “Chocolate Thunder” became a fan favorite – and when his career ended, he continued to generously give back to the game through his work in the community. Jared Greenberg looks back on Darryl Dawkins, a player we’ll never forget. 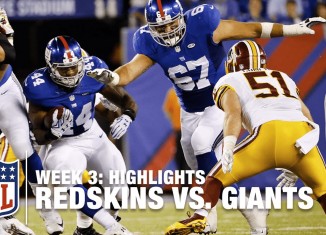 Sep 27, 2015
0
Do not be convinced these New York Giants still have a lot to prove after beating a Redskins team that had really been playing over their heads the first two games is not something that should institute a degree of confidence for Giants fans.