There is research to suggest that the Monday to Friday 40 plus hour work week is not efficient but guess what if we call out on Fridays or leave at 4 pm every day we get fired or passed up for promotion. Spurs sitting there best players on primetime Thursday matchups is like your boss telling you to dress up for some really important clients who will be in the office Monday and you show up unshaven dressed in a wretchedly wrinkled Ralph Lauren button down with “hickies” on your neck. The Spurs don’t care, I get it they have to worry about a championship but I do, Im a fan and I want to watch the best product available.

The plan was to watch the Rockets and Spurs play so I could jump off the deep end making a crazy jump the gun conclusion about where these teams will be 6 months from now. Guess what? I wont since Popovich and the great Spurs way believes in resting its players so much so they are willing to do it on the back end of back to backs were everyone’s watching rather then the front end because hey the Hawks deserve to see the Spurs at 100 % right? For years we were told to love the Spurs, they are the dynasty we ignore because they play the game the right way unselfish. Well im here to tell you I feel no remorse not accepting a team who sits its best players on nights when we all want to see them be great. Do better Spurs. 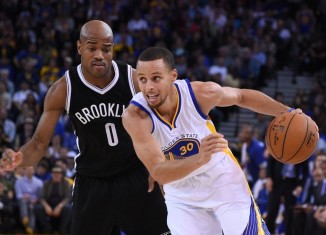 Nov 14, 2014
0
I write this halfway threw the second half of the game of the week. That’s the Warriors VS the Brooklyn Nets. The Nets have to many issues and while I am a Nets fan I know not many people see them as a top tier team in the eastern conference (tho I think they should be but we will save that for another piece.). For now I want to talk about the Warriors.