Iman Shumpert may have struggled on the court this past season but he shows off his rapping skills in this music video for the song “Chiraq”.

END_OF_DOCUMENT_TOKEN_TO_BE_REPLACED 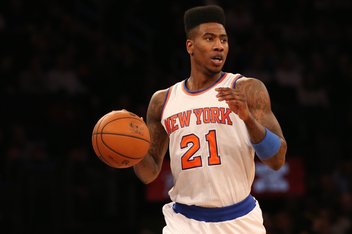 Since it appears everyone has an opinion on who is the best player in the NBA or where a certain player should be ranked it’s only fair that the brain trusts here at KIRS came up with a list to end all debates. This week we present to you the Top NBA Players of 2013 – 2014….
Please note that the following list is the opinion of the KIRS staff alone….
Let us know what you think in the comments section below….
________________________
END_OF_DOCUMENT_TOKEN_TO_BE_REPLACED

The New York Knicks first round draft pick Iman Shumpert has yet to touch the court yet but has already garnered his own theme song.