1. This Week Was Boring.
We’ve been spoiled so far this season with nail biters and close games. This week was a stark difference where there weren’t any close games at all. The best we got was the Oklahoma St-Texas game and Florida-Tennessee but who was watching those games? Not me.

2. My, how the mighty have fallen.
Oregon was a top ten team and now they just let Utah drop 62 points on them and they’ll be dropping out of the Top 25 for the first time since 2009. I said this a few weeks ago and I still believe it to be true: Mark Helfrich went into the offseason without a real contingency plan for Marcus Mariota going to the NFL. Either that or he believed in his coaching a little more than he should have.

3. TCU is a fraud.
I remember in 2005, USC played Oklahoma in the National title game and beat them 55-19. A lot of people (myself included) felt that Auburn should have played USC and they would have played a lot better than Oklahoma did. The point is, TCU has a really easy schedule and even if they win out, they don’t deserve to be in the top four. They barely beat Texas Tech and they’re not even among the toughest of TCU’s opponents.

4. Leonard Fournette is a superhero.
This dude isn’t human. He’s running all over teams and putting up historic numbers. I can’t wait to see what he does against Ole Miss and Alabama.He might be the best college running back since Adrian Peterson.

5. Why isn’t anyone talking about Northwestern?
The Wildcats are 4-0 and don’t have any juggernauts on their schedule. They’re already ranked 16 in the country and should be able to crack the top 10 soon if they keep it up. I’d be interested to see if they can win the Big Ten West and play for the conference title. 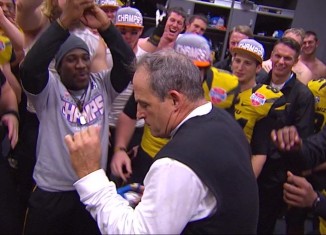 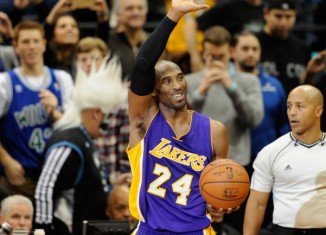 Dec 20, 2014
0
Join the KIRS Radio team from Noon to 1pm for unique and entertaining sports coverage you can't find anywhere else! The team will be discussing the return of Kevin Durant to the Oklahoma City Thunder along with a preview of Week 14 of the NFL Season. Featuring in studio guest comedian Charlie Wilson...