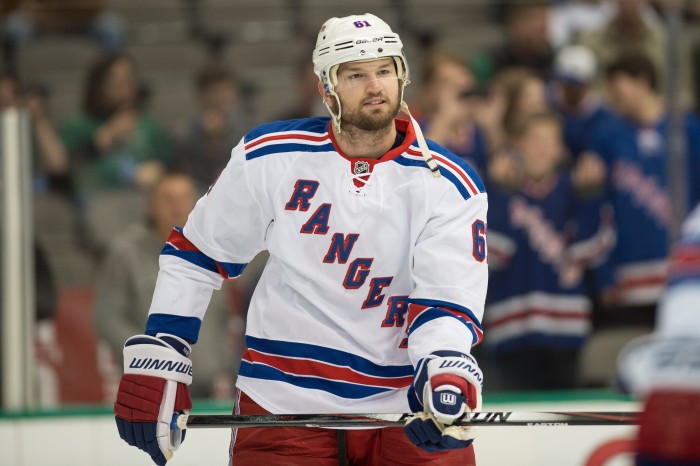 The Ranger winger gets paid roughly $8 million a year! Doesn’t seem that much for a guy who has just under 700 points recorded in his 12 year career!  42 goals this season good for 3rd overall seems to be a good deal for the top scorer right?  And it would be if his teams didn’t consistently make the playoffs!
They say one earns their money in the post-season, if that’s the case Rick Nash should be on welfare.  In now his 3rd consecutive season in the playoffs with the blueshirts, Nash has been M.I.A, searching for validation.  Figure this…Nash has suited up for 46 Playoff games and has found the back of the net 5 times.  160 shots have resulted in just 5 goals!  The lack of precision and gumption in the big one, has been a major reason this generation of The New York Ranger fans have been unable to celebrate a parade down Broadway!
Yes, one of the hardest things to do in sports is win a Stanley Cup!  But not every team has the best goalie in the game and not every team is constructed with an abundance of A+ talent under the age of 25!  The 30 year old Nash should be in the prime of his career, a leader, a sniper with the puck!  But Instead of cementing his legacy as an all-time Ranger great, he is melting fast into the pile of forgettable failures with the likes of Chris Drury, Jaromir Jagr, and Scott Gomez.  Nash had an opportunity in game 4 to be worth it, to be the hero, to uplift a team struggling to score.  But instead of earning his keep while leading the 2 on 1 into the zone, Nash fired a harmless shot into the gut of Braden Holtby.  The Ranger fans didn’t seem surprised.
With their backs against the wall and the end of the season in sight Friday…Rich Nash can do 1 of 2 things, Be the guy he’s getting paid to be or go back into storage for the summer like an old winter coat that doesn’t quite fit right.  I’ll predict the latter…The Rangers have come back from down 3-1 before, but how many times can a team flirt with disaster before being buried! 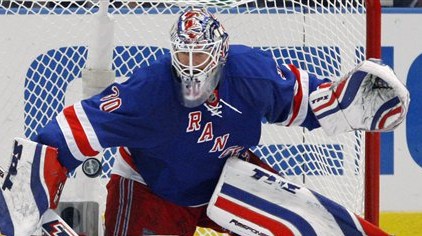