Rob made some great points last week. And I think I would suffer through another terrible season if it meant the Giants would get hot and win a Super Bowl. Here’s the problem though. I don’t want Jerry Reese running this team anymore. He doesn’t draft well and does nothing with draft picks in the later rounds. So from that aspect, I wouldn’t want them to win a Super Bowl because we’d be stuck with another few years of Jerry Reese.

END_OF_DOCUMENT_TOKEN_TO_BE_REPLACED 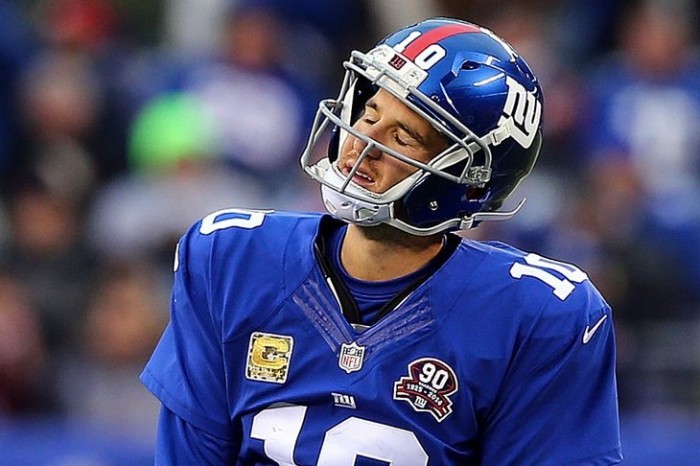 Eli Manning was almost benched late in the 2007 NFL season, as his performance was putrid over his first four years leading up to that game, causing Tom Coughlin’s face to grow redder than Stalin at his worst. A few heroics from Plaxico Burress, David Tyree, Michael Strahan, and Justin Tuck (along with major meltdowns from Asante Samuel and Rodney Harrison) brought the Giants four playoff wins, including a Lombardi Trophy that year.

END_OF_DOCUMENT_TOKEN_TO_BE_REPLACED

Nearly two dozen men of the NFL use their voices voices, their commitment, and, perhaps most significantly, a new and deeply stirring expression of their formidable power to say NO MORE to domestic violence and sexual assault.

END_OF_DOCUMENT_TOKEN_TO_BE_REPLACED

Page 6 of 7
Tweets by @KIRSNetwork