On the day LeBron James makes his return to the Cleveland Cavaliers, Nike released James’ newest commercial, which celebrates the pride and emotion felt around the city. The message is chilling. Together. One city. One goal.

LeBron James’ first home court game appearance won’t be in Cleveland; because it was in his hometown of Akron, Ohio on September 25th. Sprite worked with city officials to turn Patterson Park, which hadn’t been updated in more than 20 years, into a blank canvas for New York urban artist Futura to transform. Once the court was transformed, Sprite held a pickup game and basketball clinic for the community to enjoy. That’s when LeBron showed up to celebrate the new courts and his arrival back home.

When the 2015 Kia K900 pulls up to a red carpet event, even the valet is at a loss for words. And when LeBron James steps out of the K900, the valet quickly learns that this luxury sedan is truly “Fit For A King™”.

The words “Akron Est. 1984” are inked on LeBron James’ body. Moving back to Cleveland in 2014 is the re-establishment of his legacy in Northern Ohio. He now embarks on the next and greatest chapter of his career. 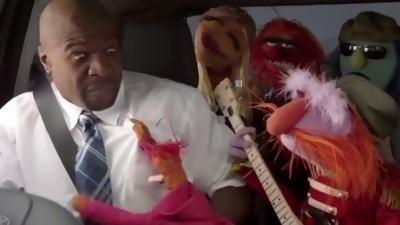 The game may have been a snore during the blow out but as always the Super Bowl commercials had everyone talking. Check out some of the top commercials from the game and leave us your thoughts in the comments section below…