BREAKDOWN: George Springer is the best of this group. He’s one of the best center fielders and leadoff men in all of baseball. Batting .283 could be a little better for a leadoff man, but his 34 home runs and 85 RBIs jump out at you. He’s a great hitter and great fielder, earning him +5. Byron Buxton, former #1 overall pick of the draft, has finally started acting like it for the Twins in the 2017 season. He receives +4 for being one of the hottest players in baseball following the All-Star break. Jackie Bradley Jr. is the best defensive center fielder in the game but Aaron Hicks is right behind him and swings a slightly better bat, giving him the +3 nod over JBJ. Jason Kipnis was thrown into center field with all of their injuries to Cleveland and Jose Ramirez’ permanent switch to second base. He’s a solid player but comes in last out of all these candidates.

BREAKDOWN: Ok. So honestly, never judge a book by its cover. I didn’t choose Charlie Blackmon in any of my four fantasy baseball leagues because I thought he looked like a homeless hobo. But I was soon proven wrong. Very wrong. This guy is an absolute STUD. An MVP candidate and a top 20 player in baseball, Blackmon is arguably the best leadoff man in the game. +5 for Blackmon for being the coolest homeless hobo ever. You’re the man, Charlie Blackmon. AJ Pollock is also the man and one of the most underrated players in the game. When he’s healthy, he is an amazing all-around center fielder. He’s a great hitter. He’s a great fielder. He’s fast. Having him back in the lineup helps Arizona big time and he’ll be scoring a ton of runs with Goldschmidt and JD Martinez behind him. Chris Taylor has been a phenomenal surprise for the Los Angeles Dodgers this year and receives +3 for being the one staple in a forever shifting outfield. Ian Happ is young but so is the entire Chicago Cubs team so he fits right in. It’s hard for Joe Maddon to get him in the lineup with all of the versatile players on the team, but Happ’s bat is too good to keep out. He gets +2 and could be a big part of the Cubs’ success this postseason. Michael Taylor of the Nationals is a good center fielder too but he’s probably the worst of the bunch.

Aug 17, 2015
0
Check out the full replay of the latest episode of the KIRS Radio Show on SoundCast FM. This episode featured a discussion on the NBA Schedule Release and Geno Smith's injury. 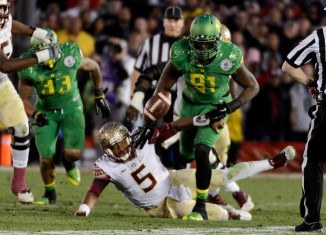 Jan 3, 2015
0
Join the KIRS Radio team from Noon to 1pm for unique and entertaining sports coverage you can't find anywhere else! The team will be discussing the College Football Playoffs along with NFL Wild Card Weekend.