BREAKDOWN: None of these players are essentially all-stars (especially compared to the National League first basemen) but all of them should play integral parts to their teams’ success come October. Carlos Santana is probably the best of the bunch, earning him +5. He has more home runs than the group and ties Red Sox first baseman, Mitch Moreland, for the lead with 74 RBIs. Moreland, however, slides underneath Astros’ Yuli Gurriel and Twins’ Joe Mauer and receives +2 due to his low batting average and high strikeout numbers. Gurriel was a key component of the Houston’s success this year and his regular season stats of 18 HR, 75 RBI and .299 BA is impressive enough for me to give him +4. Mauer is a potential future HOF and gets +3 for his high batting average this season (.306) and his smart baseball IQ. To be honest with you all, Greg Bird might end up being the best out of all five of these players but unfortunately due to his early season slump/injuries, it was hard to give the lefty hitting slugger anything more than +1. His swing is a beaut’ though and is made for that short Yankees Stadium right field porch. Don’t be surprised if you hear this kids’ name a lot this postseason and for many years to come.

BREAKDOWN: One of the most stacked positions of any playoff category. The National League First Basemen position is loaded. Four out of the five were all-stars this season and the other was considered in the All-Star final vote. I’d take any of them on my team so it’s kind of pick your preference. In my opinion though, Goldschmidt is hands down the best and is a top 10 player in the entire Major Leagues. 36 home runs, 120 RBIs, batting nearly. 300 AND 18 stolen bases gains Goldy +5 and possibly a potential MVP award as well. For the battle of second and third place, I had fun with Rizzo vs. Bellinger. It was a hard decision deciding between the two but I ended up choosing Rizzo over Bellinger, solely on Rizzo being older with more playoff experience. Both of them are filthy. I take that back. All FIVE of these first basemen are filthy but I really do think that Goldschmidt, Rizzo and Bellinger are three of the best in the game. Zimmerman had a better overall season than Reynolds, earning him +2, while the NL final vote candidate, Reynolds, receives +1 in this loaded position. 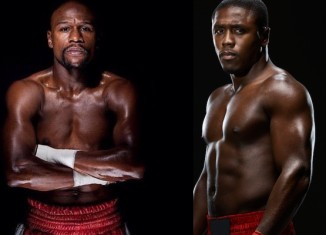 Aug 8, 2015
0
Join the KIRS Radio team from Noon to 2pm for unique and entertaining sports coverage you can't find anywhere else! The team will be breaking down Mayweather's selection of Andre Berto and the MLB Playoff Picture 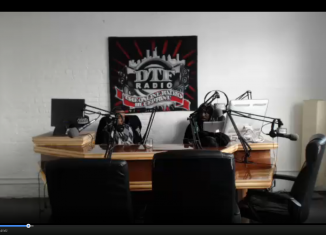