BREAKDOWN: I am aware that the Astros have an extremely impressive 1-2 punch with Dallas Keuchel and newly acquired all-star, Justin Verlander. However, the Indians have more depth throughout their rotation and some guy named Corey Kluber. Kluber, who has been by far the MLB’s most dominant pitcher this regular season, finished the year at 18-4 with 2.25 ERA and five complete games (three shutouts). Carlos Carrasco, Cleveland’s #2, is no slouch either, tallying 18 wins to match his Indians’ ace counterpart. Good luck to any team that has to hit against EITHER of these dynamic duos in a five game series but I still take the Indians’ (+5) complete starting staff over the Astros (+4). The New York Yankees (+3) also have a really solid rotation heading into October, slightly behind Cleveland and Houston. Masahiro Tanaka went from the team’s ace in the offseason to arguably their 4th best starter, with newfound ace Luis Severino, trade deadline addition, Sonny Gray and lefty-veteran CC Sabathia sliding in above him. With these three at the forefront; the Bronx Bombers earn +3. The Boston Red Sox have ace Chris Sale (and he is absolutely phenomenal) but that’s really it in their rotation. Drew Pomeranz has been solid and a pleasant surprise but last year’s CY Young winner Rick Porcello and former CY Young winner David Price have both been big disappointments so far, earning the Red Sox only +2. Out of the entire bunch, the Minnesota Twins have the worst starting pitching rotation by far, which might be their Achilles Heel, earning them only (+1).

BREAKDOWN: Speaking of dynamic duos and strong starting pitching, the Washington Nationals and Los Angeles Dodgers are right at the top of both of these categories. The Nationals have perhaps the most balanced pitching staff in the postseason, led by Max Scherzer and Stephen Strasburg, while the Dodgers’ are right behind them, led by two studs of their own in Clayton Kershaw and trade-deadline addition, Yu Darvish. You can’t go wrong with either pitching staff since both have depth but I chose the Nationals because I think Scherzer and Strasburg are the BEST 1-2 punch in the postseason. I think Kershaw is the best pitcher in the league but he’s had his struggles in the postseason and I think Strasburg is better than Darvish. The Diamondbacks have had a really strong rotation this year too, led by Zach Greinke and Robbie Ray, who are both strikeout machines. The Diamondbacks will have to use Greinke in the one game playoff but if they advance past the Rockies, Arizona’s 1-2 tandem is nothing to sniff at either. It’s not at the same level as Scherzer/Strasburg or Kershaw/Darvish but it’s certainly good enough to gain +3 over the Cubs and Rockies. The reigning World Series champs will need their starting rotation to answer the question marks that have surrounded them all season if they want to win another trophy. Arietta has been good when he’s been healthy but Lester and Hendricks have had down seasons compared to previous years, earning them only +2. Like the AL’s second wild card (Minnesota Twins), the NL’s second wild card team, the Colorado Rockies, have by far the worst starting pitching rotation in their respective league. While the Rockies’ lineup has hitting and production that can match any team across the league, their starting pitching will eventually be their downfall in 2017. 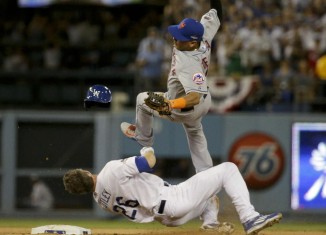 Path To The 2015 Postseason: National League

Oct 12, 2015
0
Although it took the full 162-game season, the postseason puzzle has finally been solved 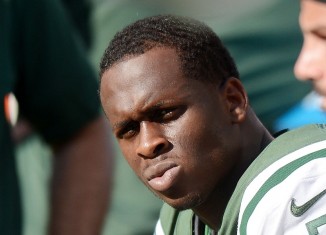