This summer at least 19 Major League Baseball teams will participate in a cross-promotional collaboration with HBO to draw attention to its hit series, Game of Thrones, including co-branded merchandise, ticket packages, giveaways and different theme nights. Like many fans that watch baseball, many of the game’s brightest stars enjoy the HBO show as well. Recently, New York Mets star pitcher, Noah Syndergaard, even worked as an extra in an episode of the upcoming season, because “he loved the show so much”. With the MLB taking their annual all-star break and with the seventh season of G.o.T officially beginning this weekend, (Sunday, July 16th  at 9PM), I thought it would be a perfect time to compare the magical characters of Westeros to the real-life heroes and supervillains in the extraordinary world of Major League Baseball. I tried my best to stay away from major spoilers, but if you’re not caught up by now. 1) Stay away from this article. I don’t want to ruin any of the greatness for you. 2) What are you doing with your life? CATCH UP RIGHT NOW BEFORE SEASON SEVEN STARTS THIS SUNDAY!

Jun 6, 2015
0
Join the KIRS Radio team from Noon to 2pm for unique and entertaining sports coverage you can't find anywhere else! The team will be breaking down game one of the NBA Finals rand play a game of "The Sports People's Court" with today's hottest sports stories. 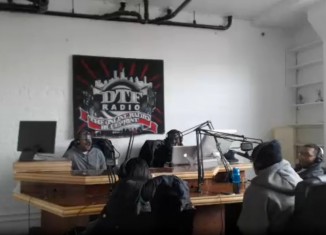