The King Gets A Ring

Jun 22, 2012
0
LeBron James can now call himself a champion after the Heat's big victory 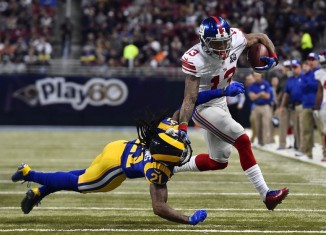 Dec 26, 2014
0
I’m an avid fan of Bill Burr and I never miss an episode of the Monday Morning Podcast. Despite Burr being from Boston and therefore, a Patriots fan, I love his take on sports. In his most recent episode he talked about how good the Seahawks are even though the Patriots are his team and if the two teams were to meet in the Super Bowl, he’d have no choice but to be nervous. He went on to talk about how the NFL is all about runs. The NFC goes on a run of Super Bowls, then the AFC goes on a run of their own. Back and forth, back and forth. Right now, we’re in an NFC run. Outside of the Ravens win two years ago, we’ve seen four of the last five Super Bowl winners come out of the NFC and this year is going to be no different. Whether its Seattle, Green Bay or maybe even Dallas, the NFC is winning the Super Bowl. Clearly Rob and I are on the same page because our power rankings reflect it.