(22) – The only thing scarier than the Red Sox having a deadly, young, all-around great right fielder would be if the Red Sox had a deadly, young, all-around great left fielder. As a Yankees fan, thank god that they don’t. Wait..what’s that? They do. Oh yeah, they do. Dammit. Benintendi, the third Red Sox and second starter on my All-Under 25 Team has been a key component to the Red Sox early success in 2017. One of the top prospects in all of baseball, Benintendi has delivered in nearly every aspect of the game at the “Varsity” level. The left handed batter easily makes the team as a starter and starts out in left field.

(22) – One of the best young arms of any outfielder in baseball, Nomar Mazara has already shown off his cannon in his short career for numerous dazzling outfield assists. One of baseball’s top prospects over the last few years, Mazara at first did not meet his high expectations. As a young 22 year old player, he had more than enough time to figure it out leading into 2017 and so far this season, he has done just that. As Texas Rangers fans and management expect, he is very close to becoming that dynamic top rated prospect, if he has not done so already. Mazara’s 46 RBI’s this season currently ranks 4th among all players (regardless of position) at the age of 24 and younger. That includes 6 of the All-Under 25 starters (trailing only Harper, Sano and Bellinger). Simply putting it, Nomar Mazara is a complete stud. 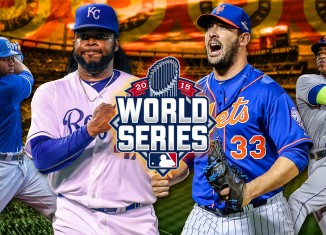 Oct 27, 2015
0
"One of the beautiful things about baseball is that every once in a while you come into a situation where you want to, and where you have to, reach down and prove something." As once quoted by Hall of Fame pitching legend Nolan Ryan, this proverb perfectly illustrates the opportune postseason performer. Bill Mazeroski, Reggie Jackson, Kirk Gibson, Derek Jeter, David Ortiz - these postseason heroes are synonymous with "clutch" and gifted baseball with its most historical World Series moments. The game, presented by T-Mobile, can be watched on FOX at 7:00 PM EST on July 14. 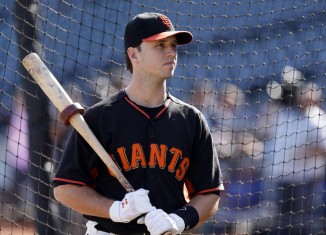 Jul 2, 2015
0
We're only two weeks away from the 2015 All-Star Game in Cincinnati, and with the fan vote process coming to a close it's time to take a look at our next position - catcher