(24) – The young New York outfielder has been the Metropolitans’ best player this season, on both sides of the ball. While he has been somewhat over-shadowed by the young stars in the Bronx, as well as a roller coaster start to his career, Mets fans believe they have found their young cornerstone of the future, and for good reason. 2017 has been Conforto’s best season so far. One of his weaknesses has been hitting left-handed pitching but besides that, the kid has almost no other flaws. If he can overcome that left-handed pitching problem, Conforto becomes inhumane. He normally hits leadoff for the Mets but he definitely has the power to be lower in the lineup. I have Conforto batting 7th (then Benintendi 8th) so that I have a couple of deadly left-handed bats in the lineup to knock in some runs from the beginning of the order.

(24) – One of the most surprising things about the beginning of the 2017 MLB season has been the early success of the first place, Minnesota Twins. While many people expected the Cleveland Indians to again win the division and perhaps even make the World Series, the Twins have for sure looked like a serious threat. The main reason for this is their young talent across the diamond. We already talked about Miguel Sano and his hard hitting home runs but Kepler is more of an overall type player. Perhaps the player with the most potential of any young Twin, the 24 year old shows great promise with his superb defense, exceptional baserunning and strong bat, which makes him a phenomenal all-around great baseball player. 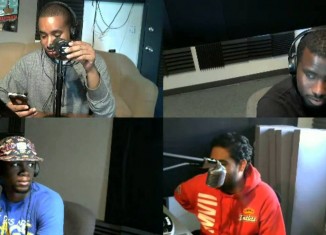 Sep 21, 2015
0
Check out the full replay of the latest episode of the KIRS Radio Show on SoundCast FM. This episode featured a discussion on week 2 of the NFL season and the subway series between the Mets & Yankees.