(23) – Turner does it all. Power. Speed. Glove. Contact. You name it. This was a difficult decision to put him at second base, since Odor is really the only natural second basemen on the team, but in Turner’s short two year tenure in the MLB, he has already played 30+ games at 2B and has done a fine job doing so. I could’ve used him as a pinch runner, since he is one the quickest players in the league and has over 20 stolen bases already in this short season, but his talent is too pure to take out of the starting lineup. Turner at the bottom of the lineup also gives the top a nice runner to constantly get on base. Turner will most likely be the Stolen Base and Runs leader on this young Under-25 squad.

(23) – Going back to Turner’s paragraph, Odor really is the only natural second baseman on the team but Odor has also found himself struggling mightily so far in 2017. I wanted to put him as a starter, merely for the fact that he rocked Jose Bautista in the mouth last year, but Turner’s speed was the x-factor in the decision. Nevertheless, Odor is still one of the best young infielders in the game and I’m sure he will continue to figure it all out. There is no question he is one of the best young second basemen in the MLB, I just need to see more of the old Odor before he gets the starting nod.

Jul 14, 2015
0
The Great American Ball Park, home of the Cincinnati Reds, hosts the 2015 All-Star Game in Cincinnati, Ohio. It is the first time that the Cincinnati Reds play host since the 1970 game, notable for Pete Rose' home-plate collision with Ray Fosse. The game, presented by T-Mobile, can be watched on FOX at 7:00 PM EST on July 14. 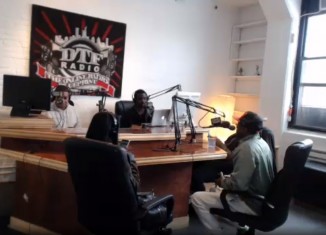 Feb 9, 2015
0
Check out the full replay of the latest episode of the KIRS Radio Show on DTF Radio/Ripped Radio Network. This episode featured a discussion on NBA All-Star weekend and a complete recap of Super Bowl 49.Enjoy episode #70 from Brooklyn, NY!