(24) – After Sanchez’ incredible 2016 rookie season, where in 53 games with New York, he finished with a .299 batting average, 20 home runs, and 42 RBI, experts knew that the Yankees had found themselves a cornerstone. Sanchez missed nearly the entire first month of the 2017 season with an injury but since his return from the DL, he has picked up exactly where he left off. In just 40 games, Sanchez already has a .288 batting average, 12 home runs, and 34 RBI. Not only does Sanchez have the ability to steal the show with his incredible power but he can throw runners out with his strong arm as well. There is no one under the age of 25 I’d rather have as my catcher. In fact, besides San Francisco’s Buster Posey and maybe Kansas City’s Salvy Perez, there is no catcher (of any age) I’d rather build my team around. Yo Soy Gary!!

(24) – I know Kyle Schwarber mainly plays in left outfield now but you know how Joe Maddon likes his players. Versatile. Very versatile. And that’s how I want my players on the Under-25 team to be as well. Schwarber has had a major down season so far in 2017 but his potential is definitely still very high. We saw firsthand last year in the World Series how big of a difference his bat in the lineup can make and he has more than enough experience behind the plate to backup Gary Sanchez. Not too many catchers around the league can match the power Schwarber provides, which should be a key to success. That’s totally Kyle. TOTALLY.

Jul 12, 2011
0
Robinson Cano thrills the Arizona crowd with his incredible display of power 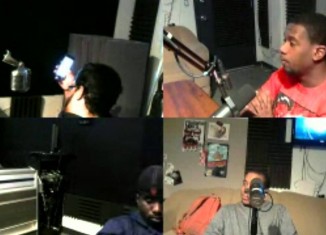 Oct 26, 2015
0
Check out the full replay of the latest episode of the KIRS Radio Show on SoundCast FM. This episode featured a discussion on the upcoming World Series and the start of the NBA Season.