(24) – Noah “Thor” Syndergaard is a superhero. With his long, blonde hair and overwhelming stature, Syndergaard has truly earned the “Thor” nickname. In 2016, Syndergaard had his breakout season and even gained Cy Young votes with his 14-9 record, along with his 2.60 ERA, 1.15 WHIP and 218/43 K/BB ratio and many people expected him to be in the running once again in 2017. However, a partial tear in his right lat muscle has kept him out of action since late April. The big right-hander can be ruled out through all of July and most of August any indication the Mets have found themselves a true #1 ace for quite some time. Syndergaard being the future of the Mets’ pitching staff, it is important to not rush him back and make matters worse. If he was healthy however, there’s no question Thor would be the true ace of this young pitching staff as well.

(24) – Another pitcher that would’ve most likely found his way on to the starting pitching rotation is Toronto Blue Jay’s young right-hander Aaron Sanchez. Unfortunately, that’s been Sanchez’ biggest Achilles heel so far in his young career – staying healthy. Sanchez already has found himself on the DL this season three separate times, all for finger-related issues. He previously dealt with a blister and split fingernail on his middle finger and now, finds himself out with a finger laceration. Fingers are quite important, especially to Major League starting pitchers but when his fingers are good, Sanchez is as well. Despite the lack of starts in 2017, his numbers are not far behind the pace of his solid 2016, when he posted a 3.00 ERA, 1.17 WHIP and 161 strikeouts in 192.0 innings. 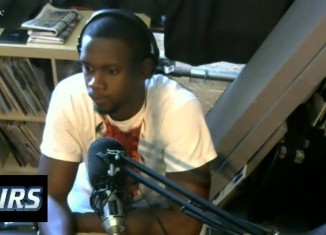 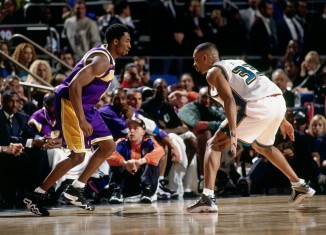 Feb 11, 2015
0
A look back at the last time NBA All-Star Weekend hit New York City featuring a young Kobe Bryant and Michael Jordan making his last appearance as a member of the Chicago Bulls.