That’s a starting (hopefully) left tackle so you can move Flowers to the right side, a starting edge rusher that can play both on the line and from outside linebacker, a good running back, a good wide receiver and a potential replacement at quarterback. 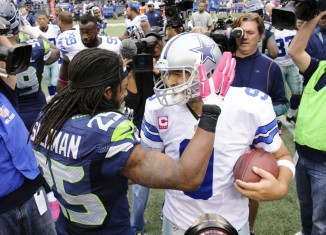 Oct 17, 2014
0
Hey guys, Stan here. I don’t have any funny quips or movie lines this time. I’m a little down. Victor Cruz went down, the Giants got shut out and there was a tie last week in the NFL. I hate ties. I’m not going to be cliche and say that ties are like kissing your sister, but I will say that ties suck. Ties are the reason I refuse to watch soccer unless its during the World Cup. And of course, when theres a tie in the NFL, theres gotta be that one idiot that comes out and says, “I didn’t know there were ties in the NFL.” How do you not know there are ties in the NFL? Don’t football players watch the NFL? If you worked at McDonald’s would you also “not know” that theres a dollar menu? 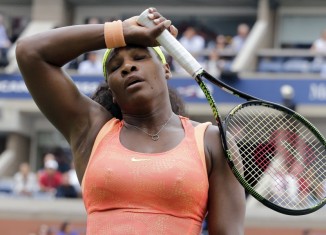 Sep 12, 2015
0
Join the KIRS Radio team from Noon to 2pm for unique and entertaining sports coverage you can't find anywhere else! The team will be breaking down the new NBA rule change and recap Serena's loss at the U.S. Open