Kevin Durant is officially a member of the Golden State Warriors after signing his new deal. The former league MVP addressed the many on hand at his introductory press conference in Oakland.

I spoke with In Studio Correspondent Naomi Grey regarding the Kevin Durant mind set and deal heading into next season. 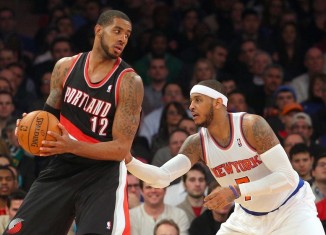 Three Players The Knicks Should Avoid & Covet In Free Agency

Jul 16, 2016
0
NBA stars LeBron James, Carmelo Anthony, Chris Paul and Dwyane Wade issued a call to action for professional athletes in a speech on gun violence and racial tension at the 2016 ESPY Awards