KIRS In Studio Correspondent Naomi Grey premieres her web show focusing on the controversial topics in sports today. In this episode she tackles the story regarding Cleveland Cavaliers guard Kyrie Irving and his now infamous yacht party featuring mostly white women in the raw video that leaked on the internet.

Please be advised this is a commentary opinion of the hosts involved:

Kyrie released a statement on his Facebook page saying…

I’d never think I would have to address something as ridiculous as a yacht party, but I wasn’t raised to discriminate against any race let alone any race of women, especially my own. I was raised by the black women in my family and for me to be connected to some nonsense like a “No black girls allowed” party is embarrassing and an inaccurate portrayal of who and what I represent as man. I wasn’t going to even address any of this because there are literally a million things going on in the world right now that are far more important, rather than people trying to bring question to my character. I would like to apologize to anyone if they were offended initially without knowing any of what actually happened, but that story has no truth to it and I wanted to clear the air on all of this B.S. And for those who know me, I’m sorry you all had to answer questions about a story as ridiculous as something like this. But now, I would like to continue celebrating this championship. Thank you. 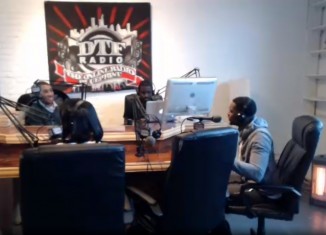 Jan 19, 2015
0
Check out the full replay of the latest episode of the KIRS Radio Show on DTF Radio/Ripped Radio Network. This episode featured discussions on concussions with Shockstrip creator Dr. Steve Novicky and the NFL Championship Playoff weekend.Enjoy episode #67 from Brooklyn, NY! 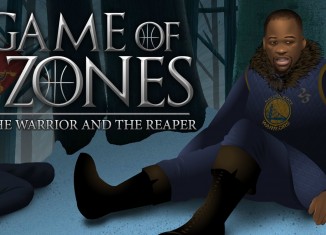 Game of Zones: The Warrior and the Reaper

Jul 1, 2016
0
After an epic defeat, the dethroned Warriors are tracked down by a former MVP seeking revenge on Draymond of Saginaw.