The wrestling world was shocked to learn that former WWE champ Roman Reigns was suspended by the company for taking illegal substances.

I spoke with Doctor’s Of Wrestling podcast host David “Dr. Black” Harwell regarding all the WWE news and Roman Reigns suspension.

I apologize to my family, friends and fans for my mistake in violating WWE’s wellness policy. No excuses. I own it. — Roman Reigns (@WWERomanReigns) June 21, 2016 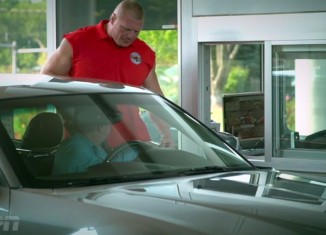 Jul 30, 2013
0
In the premiere episode, the WWE Divas begin their preparations for WrestleMania. Nikki starts to have doubts regarding her relationship with John Cena. Naomi is embarrassed when Cameron's boyfriend ends up causing a scene backstage, and she's stuck in the middle.