The Cleveland Cavaliers defeated the Golden State Warriors 93-89 in an epic Game 7 thriller, becoming the first NBA team to erase a 3-1 deficit. LeBron James posted a triple-double and was crowned the Finals MVP, bringing a championship home to Cleveland for the first time in 52 years .

The amazing performance from LeBron James has given him a status not many have ever seen and has permanently placed him amongst the game’s all time greats. I had the opportunity to catch up with Josh Eberly of NBA Hoop Mag for his thoughts on “The King’s” record breaking series. 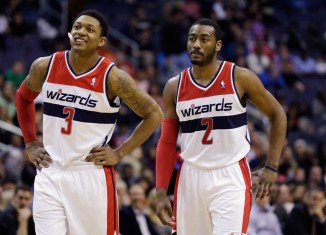 Wizards Headed for the Top Spot in the East?

Jul 25, 2014
0
The Wizards are normally grouped in the bottom of the Eastern Conference contenders along with teams like the Philadelphia 76ers, Atlanta Hawks, and Charlotte Bobcats. However, after 44 regular-season wins and making it to the second round of the 2014 playoffs, Washington has found their way out of the bottom bin.

Apr 12, 2011
0
LeBron James has taken his talents to cartoons with new series