32. Tennessee Titans (1-6) (32) – Without Marcus Mariota, they probably don’t win some of these games either but Zack Mettenberger really doesn’t help. Next game: @ Houston Texans

31. Detroit Lions (1-6) (31) – Now that the Lions have fired their offensive coordinator, whats the next move? Will they automatically get better? I say no. Next game: @ Kansas City Chiefs

30. Cleveland Browns (2-5) (30) – Can’t blame them for losing. Have you seen Todd Gurley play football? I think he’s averaging close to six yards per carry on the season. Next game: vs Arizona Cardinals

29. Tampa Bay Buccaneers (2-4) (28) – Tampa had this game won and let a below average Redskins team beat them. Next game: @ Atlanta Falcons

28. Jacksonville Jaguars (2-5) (29) – The Jags might be becoming the de facto NFL team in London, now that they’ll be playing there every year for a while. Its cool to see them get wins like this. Quality wins. Next game: Bye Week

27. San Francisco 49ers (2-5) (24) – Colin Kaepernick is starting to play like himself again but the rest of the team hasn’t gotten the memo. Next game: @ St Louis Rams

26. Washington Redskins (3-4) (27) – Who saw this performance out of Kirk Cousins? Three touchdowns, no turnovers, spread the ball around like a real quarterback and everything. I would imagine Jay Gruden feels vindicated right now. Next game: Bye Week

25. Houston Texans (2-5) (22) – No Arian Foster is going to make this a lot more difficult for Brian Hoyer and DeAndre Hopkins. Next game: vs Tennessee Titans

24. Baltimore Ravens (1-6) (20) – They had a shot to come back in this game but the late interception from Flacco sealed it for the Cardinals. Usually its the pass defense thats terrible but the run defense couldn’t stop Chris Johnson. Its almost like it was 2009 out there. Next game: vs San Diego Chargers

22. Oakland Raiders (3-3) (26) – How about this for a surprise. Derek Carr was really good but Amari Cooper made him look a lot better. Even the touchdown pass to Clive Walford (from the U) was a nice pass but a pretty good route and catch by Walford. Next game: vs New York Jets

21. Kansas City Chiefs (2-5) (25) – The Chiefs might have found a star in this weird evolved Pokemon they have on the roster named Charcandrick West. Who knows where they’d be without him. I know. They’d be 1-6. Next game: vs Detroit Lions

19. Dallas Cowboys (2-4) (15) – Until Romo and Dez are healthy, no one can expect the Cowboys to do much offensively. I almost (repeat…almost) feel bad for the defense. They deserve better than…whatever this is. Next game: vs Seattle Seahawks

18. Philadelphia Eagles (3-4) (14) – This defense continues to play well while the offense lets them down. How do they turn Cam over three times and still lose? And essentially lose first place in the division almost as fast as they got it? Next game: Bye Week

17. San Diego Chargers (3-4) (13) – The week after Rivers threw for 500 yards, the Chargers followed that up with a loss at home to the Raiders. And the final score is nowhere near as close as the game actually was. 30-6 at halftime? Ugh. Next game: @ Baltimore Ravens

15. Miami Dolphins (3-3) (21) – When I said all Ryan Tannehill was a good quarterback that just needed his weapons to wake up, you all laughed at me. Well who’s laughing now?! Next game: @ New England Patriots (TNF)

14. New York Giants (4-3) (19) – The Giants almost gave this one up. Dwayne Harris was the man of the hour, giving Big Blue a huge division win. Next game: @ New Orleans Saints

13. St Louis Rams (3-3) (18) – Todd Gurley is a grown damn man. There are very few things he does wrong and I consider it a privilege to watch him play football. Next game: vs San Francisco 49ers

12. Seattle Seahawks (3-4) (12) – It says a lot that Russell Wilson threw two interceptions and the Niners couldn’t capitalize. Also…is it scary that the Seahawks might just turn it on and make a run to the postseason? Of course, by might I mean definitely will. Next game: @ Dallas Cowboys

11. Indianapolis Colts (3-4) (10) – How do you lose to the Saints at home? The same Saints that hasn’t been that impressive this year? The Colts are really lucky they play in the AFC South with the dregs of the league. Next game: @ Carolina Panthers (MNF)

10. Minnesota Vikings (4-2) (11) – Teddy Bridgewater might have had his coming out party. The man looked competent, confident and made plays when he needed to. Next game: @ Chicago Bears

9. New York Jets (4-2) (7) – The Jets played as well as they could have against the Patriots. They didn’t run the ball as well as they usually have been and they put a lot of pressure on Ryan Fitzpatrick to make plays. The defense was good but not good enough. Next game: @ Oakland Raiders

8. Pittsburgh Steelers (4-3) (5) – I assumed that Landry Jones starting would have helped more than Mike Vick starting. I don’t think I was necessarily wrong but I do think I underestimated the Chiefs a little bit. Or maybe I overestimated the Steelers. They couldn’t stop the run and while this isn’t your typical Steeler defense (we’ve been saying this all year) 4.8 yards a carry is a bad job. Next game: vs Cincinnati Bengals

7. Arizona Cardinals (5-2) (8) – Chris Johnson has been huge for the Cardinals, providing a healthy balance for an already solid passing game. People say it every year but how can you not love whats going on down in Phoenix? I can’t help but root for these guys unless they stand in the way of my team. Next game: @ Cleveland Browns

6. Atlanta Falcons (6-1) (9) – Its hard to imagine that in a game where Matt Ryan completed 22 of 28 passes that the Falcons would only score 10 points. Credit Dan Quin and his defense for doing their job. I don’t think that Marcus Mariota would have made much difference. Next game: vs Tampa Bay Buccaneers

5. Carolina Panthers (6-0) – I never had a doubt in my mind that the Panthers would beat the Eagles. This is a testament to the great coaching job Ron Rivera is doing because Cam didn’t have a very good game. But the defense held up and the running game did its job. Thats all you can ask for. Next game: vs Indianapolis Colts (MNF)

1. New England Patriots (6-0) (1) – Just another case of the Patriots doing what the Patriots do. I will say though- this wasn’t as easy a win as they’re used to getting. Jets played their asses off. Next game: vs Miami Dolphins (TNF) 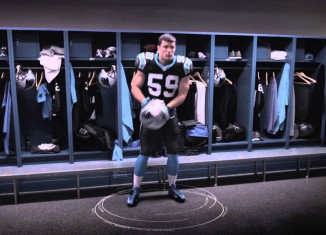 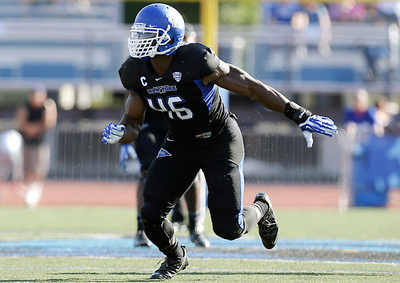 Feb 22, 2014
0
The NFL Scouting Combine is upon us and if you’re anything like me, you’re super excited. Hundreds of the the country’s best prospects all gather in the same place to show off their skills and talents to drive up their stock and make themselves some money. Unfortunately, it doesn’t always work out that way. In this article, I’m going to focus on what each team needs to address heading into free agency and the draft.