Home Articles/Editorials Five Thoughts: College Football 2015 – Week 8
1. You know what my first thought is.
It was going to be how angry I am the performance of the Hurricanes against Clemson…at home. But now, its more about how happy I am that Al Golden is now Al Gone. So whats the next move? A lot of people have their own ideas on who to hire. Whoever it is, the Canes can leave no stone unturned. I would love a Miami alum but if the right choice is someone who doesn’t have ties to the U, then so be it. Butch Davis and Mario Cristobal are out there, though. Just saying.
2. Clemson could make the playoff though.
While a 58-0 win against Miami might not look that impressive, Clemson is a good team and if they win out, they should be in the conversation for a spot in the CFP. DeShaun Watson is playing well and the Tigers defense is peaking.
3. MSU-IND final score is deceiving.
While they did win 52-26, the Spartans didn’t look very good early in the game. They pulled away later in the second half and thats a testament to their depth and talent all around. Against better teams, they’ll have to do a better job exerting their dominance early in games. I still think that MSU will be one of the teams in consideration for the playoff. The Big 10 is a lot better than people think.
4. Utah is done in the CFP.
And I called it. I didn’t think they’d lose to USC the way they did but I knew eventually the other shoe would drop and Utah would lose at some point. The law of averages say they had to. Plus, give credit to USC for picking themselves up after a tough loss to Notre Dame.
5. Dear TV, never make me watch terrible matchups on primetime again.
What were they thinking putting Ohio State and Rutgers on national tv on primetime? Did they really think Rutgers was going to win this game? Or even put up a fight? I understand the fact that OSU is the top team in the country and they get exposure because of that but if you play this game 10 times, the Buckeyes win EVERY TIME. Hopefully we don’t see any top teams playing tomato cans on primetime anymore. 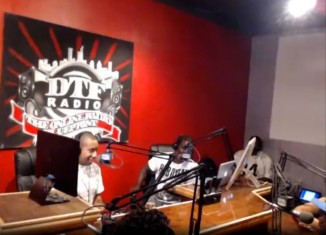 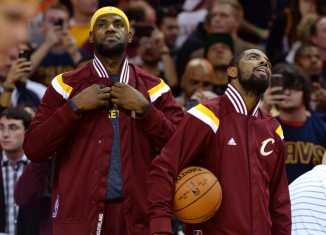 Nov 8, 2014
0
Join hosts Ed, Stan, Danny and Claude from Noon to 1pm for unique and entertaining sports coverage you can't find anywhere else! The team will be breaking down the war of words between LeBron and Kyrie along with a preview of Week 10 of the NFL Season...