Although it took the full 162-game season, the postseason puzzle has finally been solved. On Sunday, nine games had playoff implications concluding the wild race in the American League’s West Division and for its Wild Card picture. Unfortunately for the Minnesota Twins and Los Angeles Angels of Anaheim, their 2015 postseason hopes were crushed in the final weekend of the regular season.

Before the 2015 MLB Postseason gets underway, let’s recap how all five American League teams made it to this year’s playoffs:

Following their team’s improbable run to the 2014 World Series, Royals’ fans did not know what to expect for 2015. Although the team’s nucleus of home-grown talent remained, the losses of their ace James Shields and Royals fan-favorite Billy Butler triggered doubts that Kansas City would return to the postseason. However, thanks to minimal spending on key free agents and a hot start in regular season play, the Royals took command of the Central Division. From June 17 to the end of the season, the Royals never lost their first place lead in the division.

Kendrys Morales, an offseason acquisition, was a threat in the Royals’ lineup, batting .290 with 22 homeruns and a team-leading 106 RBIs. Morales is currently a finalist for AL Comeback Player of the Year. The Royals were well (and controversially) represented in the All-Star Game, sending seven players to the Mid-Summer Classic. Among the seven, Mike Moustakas, Lorenzo Cain, and Eric Hosmer all had career-best seasons. The Royals also made noise at the trade deadline, acquiring star-players Johnny Cueto and Ben Zobrist.

On September 24, the Royals officially clinched the AL Central Division, their first division crown since 1985 (when they were originally part of the AL West Division). Their 95-67 record is the best since 1980.

As the ALDS approaches, it’s time to party like its 1993! Well at least for Blue Jays’ fans who haven’t experienced the postseason in over 22 years. The AL East Division race is never an easy road to glory. Since their last postseason appearance, the Jays’ have taken a backseat to the Yankees and Red Sox who won a combined eight World Series Championships (between 1996 and 2013). On a more embarrassing note, the Tampa Bay Rays were not even a professional baseball team in 1993 but have won two AL East Division crowns and made an appearance in the 2008 World Series.

In 2015, the Blue Jays finally summoned the “rain” to end their 22-year playoff famine (the longest playoff drought in North American professional sports). Toronto led all of baseball with 232 homeruns. More impressively, 120 of the homeruns belong to Josh Donaldson (41), Jose Bautista (40), and Edwin Encarnacion (39). Donaldson, who was acquired in a seemingly lopsided trade with the Oakland A’s, is the favorite to win the American League MVP.

Astonishingly, the Texas Rangers had the most arduous path to the 2015 MLB Postseason. The Rangers, one of the most unlucky teams in recent postseason memory, were once again facing a recurring demon – the disabled list. Yu Darvish, a three time All-Star and the Rangers’ unarguable ace of the starting rotation suffered a torn UCL in his right elbow in Spring Training. He underwent Tommy John surgery, putting an end to his 2015 season before it even started. Also, the Rangers entered the season under the leadership of first-year manager and sabermetric apprentice Jeff Banister. It was certainly expected that the Rangers would finish last in the division for a second consecutive season.

Although quiet in the division (thanks to the Houston Astros’ remarkable first place run), the Rangers stayed afloat throughout the season while still missing key pieces. The rotation was led by veterans Yovani Gallardo and Colby Lewis, Prince Fielder (.305, 23 HRs, and 98 RBIs) carried the offense, and Josh Hamilton made his return to bolster the lineup. On July 31, the Rangers acquired pitchers Cole Hamels and Jake Diekman in a eight-player trade. The deal solved their rotation issue, but was perceived to be a trade beneficial for the 2016 regular season and beyond. At the time, Major League Baseball officials believed the Texas Rangers had a 9% chance to make it to the postseason, since they were 50-52 and 7.0 games behind the Astros.

Being the most notable brand in North American professional sports and maintaining one of the largest payrolls in baseball is pretty nice, right? Unfortunately money doesn’t buy you everything! The New York Yankees missed the past two postseasons, and are six years removed from their 2009 and last World Series Championship. Admittedly, Yankee fans were expecting more of the same for 2015. Questions surrounded the team’s most inactive superstars including the oft-injured Mark Teixeira, a rebounding Masahiro Tanaka, and the season-long suspended Alex Rodriguez.

The Yankees’ fresh season had an explosive start as Tex and A-Rod turned back time, respectively smashing 31 and 33 homeruns on the season. Newest Yankee closer Andrew Miller (2.04 ERA, 38 Saves) and Dellin Betances (1.50 ERA, 131 strikeouts) led a dominate bullpen. The Yankees closed out the first half with a 48-40 record and first place in the AL East race.

However, the team started to take a nose dive losing the AL East Division crown to the Blue Jays and key players in Nathan Eovaldi and the aforementioned Teixeira to injuries. The Yankees clinched a postseason berth on October 1, their only win in a season-ending 1-6 span. The AL Wild Card game being at Yankee Stadium seems to be the team’s only advantage, as the Yankees are literally and figuratively limping into the postseason.

Much like their cross-town rival, the Houston Astros were not expected to be in postseason contention. Undergoing a complete revamp of the farm system, the homegrown Astros made an impact in 2015. On June 8, top prospect Carlos Correa made his MLB debut, making an immediate impact. For the season, he batted .279 with 22 homeruns and is heavily-favorited to win the AL Rookie of the Year. His new middle infield companion, Jose Altuve collected another 200-hit season and batting .313 in the process. Colby Rasmus, Chris Carter, Luis Valbuena, and the newly acquired Evan Gattis hit 20+ homeruns each, contributing the team’s combined 230 homeruns (second best in baseball).

Arguably, the Houston Astros MVP (and well…Cy Young) is Dallas Keuchel. Following a breakout 2014 season, the Astros left-hander dominated the American League. In only his fourth season in the majors, Keuchel collected 20 wins and struck out 216 batters to the sweet tune of a 2.48 ERA. His only kryptonite seems to be away games where he was only 5-8 and allowed 13 homeruns. Otherwise, Keuchel was the best pitcher of the American League in 2015.

Much like their AL Wild Card opponent, the Astros had a once-commanding lead of the AL West Division but lost it to the Texas Rangers in the last month of the season. They clinched their postseason berth on the final day of the regular season, and look to regain their confidence in New York with their guy on the mound.

The 2015 MLB Postseason begins on Tuesday, October 6th as the New York Yankees host the Houston Astros for the American League Wild Card Game at 8:00 PM EST on ESPN. 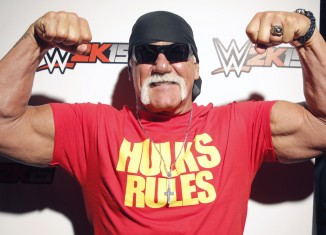 Jul 25, 2015
0
Join the KIRS Radio team from Noon to 2pm for unique and entertaining sports coverage you can't find anywhere else! The team will be breaking down the end of "Hulkamania" in the WWE and play a game of "Who Said It?"