Home Articles/Editorials Five Thoughts: College Football 2015 – Week 5
1. Are Notre Dame’s CFP hopes over?
Yes. Yes they are.
2. Should Leonard Fournette really consider taking a year off to get ready for the 2017 Draft?
No. No he shouldn’t.
3. Do the Gators have the blueprint?
I think they do. Look at what they’ve done. Last year they were one of the worst teams in the country. They fired head coach Will Muschamp and brought in Jim McElwain. The Gators are 5-0 and they’ve cracked the top 25. My point is that when something isn’t working, its time to change it. I think Al Golden should have been fired after last season, but he’s back. Theres no reason Miami should have lost to Cincinnati. With a big matchup against FSU coming up, Al Golden better figure it out. UF might have figured it out.
4. Why did you doubt Alabama?
Admit it. You did. You thought Alabama was done. Then they dropped 38 on Georgia. Shame on you. Apologize.
5. Are you impressed by the teams in the top 25?
You are? Well you shouldn’t be. Ohio State struggled against Indiana. TCU is playing so many cupcakes, they might as well be sponsored by Entenmann’s. Baylor played Texas Tech and even Michigan State didn’t look great against Purdue, although the Big10 is a very competitive conference. 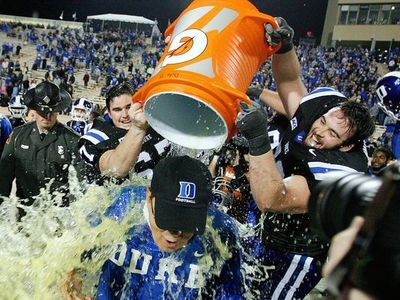 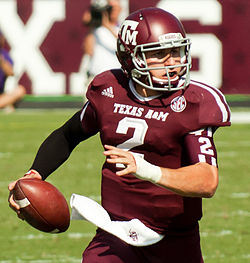 Aug 10, 2013
0
As we draw nearer to the beginning of the upcoming college football season, its time to take a look at some of the candidates for the Heisman trophy. Last year's winner, Johnny Manziel is the front runner to win the award and could become the first two-time winner since Archie Griffin played for the Buckeyes.