Kyle Busch has 4 wins this season and still finds himself on the outside of the Chase looking in. He has won 4 of the last 5 races starting at Sonoma. He then started his streak of three-in-a-row two weeks later at Kentucky, New Hampshire and as of Sunday, Indianapolis. He took his No. 18 Skittles Camry to victory lane for his first win at Indianapolis Motor Speedway. The Brickyard 400 is one of NASCAR’s big-3. The other 2 being the Daytona 500 and the Coca-Cola 600. He is having a remarkable season. His success is not just in the Sprint Cup Series, he has won quite a few in the Xfinity Series as well. He swept the weekend series at Indianapolis on Saturday and Sunday. The question is, can he take this momentum and deliver when it counts, in the Chase. Busch has never won a Chase race when he has qualified in the past. We have seen drivers like Jimmie Johnson and Brad Keselowski have great regular seasons, to only cool off in the Chase.

Rememeber, this is the same guy that missed the first 11 races after breaking his leg and foot at Daytona in the Xfinity Series. Two months later, he is tied for the Sprint Cup Series lead in wins with Jimmie Jonhson.

Busch needs 23 point to break the top 30 in points. He has 6 races to do so. This Sunday is Pocono, where Hendrick Motor Sports has dominated. Will the streak continue to four-in-a-row? 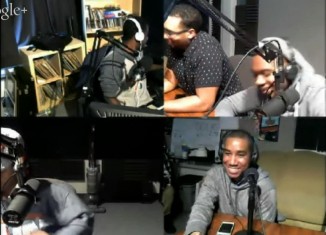 May 4, 2015
0
Check out the full replay of the latest episode of the KIRS Radio Show on SoundCast FM. This episode featured a discussion on the NBA playoffs and an extensive NFL Draft Recap.

Dec 15, 2014
0
Check out the full replay of the latest episode of the KIRS Radio Show on DTF Radio/Ripped Radio Network. This episode featured discussions on the week 15 NFL match ups and the recent rant from Kobe Bryant. Enjoy episode #62 from Brooklyn, NY!