Dale Earnhardt Jr started on the pole this past Sunday at Daytona for the Coke Zero 400. He finished where he started, domination the race by leading the most laps with 96. He had the fastest car in practice and was the pole-sitter because qualifying was rained out. Rain was huge inconvenience for the first Sprint Cup race on NBC since 2006. The race was delayed due to rain for more than 3 hours. The race didn’t finish until 2:41 a.m. and what a finish it was.

Austin Dillon, the winner of the Xfinity Series race the night before led early, but would end the race with his engine in the infield grass. Dillon’s No. 3 car went airborne during a wreck at the start/finish line on the final lap and hit the catch fence. His 3,500 lb Richard Childress Racing Chevrolet was going north of 190 mph at the time of the impact. Dillon was turned upside down and hit again by the No. 2 car of Brad Keselowski who lost control in the pile up. Dillon was able to escape and walk a way unhurt with the help from members of Earnhardt’s and Casey Mears’s pit crew. The wreck was reminiscent of Carl Edwards wreck at Talladega in 2009 when Edwards tried to block Keselowski and was turned around on the final lap as he sailed into the fence:

That time the catch fence held its own. For Dillon, the fence did just enough to keep the fans safe.

Earnhardt and teammate Jimmie Johnson were the fastest cars Monday morning. Earnhardt and Johnson would trade the lead back and forth midway through. Both Drivers were up front for 90% of the race, but it was Earnhardt who had the car to beat. This was Earnhardt’s 10th Sprint Cup restrictor plate win, second this season and fourth at Daytona 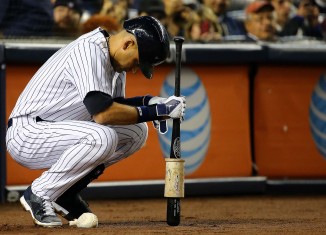 Sep 27, 2014
0
Join hosts Ed, Stan, Danny, Lincoln and Shayna from Noon to 1pm for unique and entertaining sports coverage you can't find anywhere else! The team will be breaking down NBA Media Day 2014 along with the dramatic final game at Yankee Stadium for Derek Jeter... HELLO BROOKLYN! 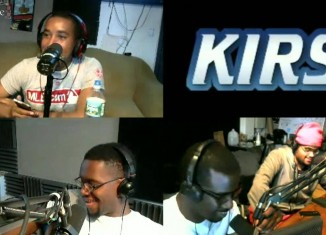