Home Articles/Editorials Will The Real Brooklyn Nets Please Stand Up? 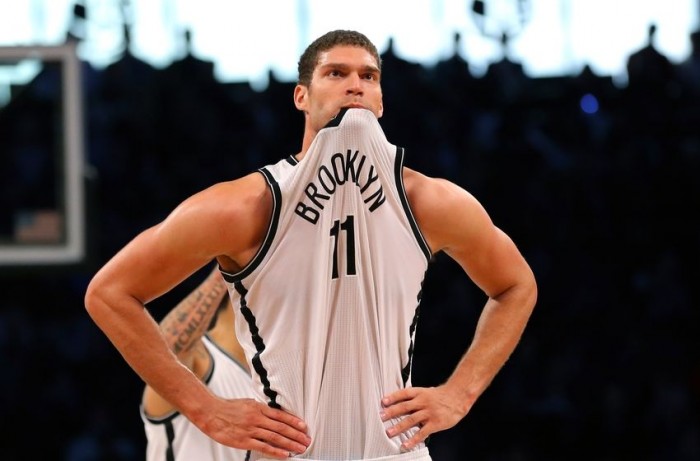 Are the Nets good? Are they average? Is Brook Lopez a go to guy in games that really matter? I ask myself every time I watch a Nets game, which is often since I have adopted the Brooklyn Nets when they came to the borough I was born and raised in. Last year the Nets looked like a crafty team that could snake and sneak it’s way in to the eastern conference finals with the waning Pacers and whimsical Heat. Now about a month into the season I do not know where to peg this squad.

Unlike the cross town rival Knicks who are really bad Brooklyn has 5 former all stars a top 5 post up threat, elite closer, and a pretty darn good point guard who looks to have regained some of his mojo. Yet they are fledgling with all these tools in the hard box. Many thought Lionel Hollins would provide a stabilizing force after years of coach upheaval but here we are with the Nets starting slow again. So many questions need to be answered but perhaps the biggest is Brook Lopez.

Brook Lopez has always been one of the leagues best low post threats so much so its cliché to even write that sentence. Still, is that not the ultimate backhanded compliment one can pay to a player. For example players like Carmelo Anthony, Allen Iverson, and others have been categorized and praised as great scorers surely to insinuate what they lack in other parts of the game. Boy is Brook Lopez lacking in other parts of the game. Its not that he does not rebound, its that he just seems to be someone opposing guards do not care about attacking. Roy Hibbert of the Pacers is often laughed at and labeled as soft and sometimes yields less than 5 rebounds still he is a presence and guards always have him looming in the back of there thoughts when they drive to the rim. That is not the case with Brook Lopez who seems to inspire confidence in the other teams guards.

Another issue is Mason Plumlee falling off a cliff. No longer does he look like the energetic rookie that provided support once Brook Lopez went down last year instead he looks like a intimidated player who has lost his spot in the rotation to NBA cast off Jerome Jordan. The Nets big man rotation is in shambles and that’s not factoring in KG who has a lot of tread on his tires and is due for a stretch of missing games at some point this season.

A roster that has so many marquee names is so shaky. But the caveat could be that like the last two season the Net squad always found a way to get it together. Hopefully that is the case this year and if that is the case I guess as a Net fan its time to get amped for a fun second half of the season and 1st round playoff exit.

–       Jarret Jack I see you scoring all these points and pissing off Brook Lopez #IseeYOUplayer!

–       Hey Mason Plumlee I thought the Olympics make you better. 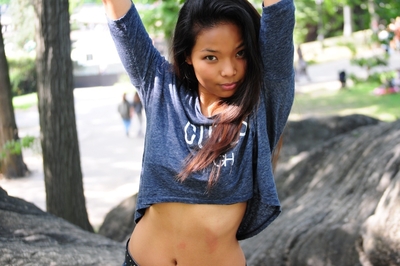 Nov 18, 2013
0
Follow @kirs411 on twitter to enter for your chance to win an exclusive one on one date with Flo from Keeping It Real Sports to this Sunday's Brooklyn Nets vs Detroit Pistons game at Barclays Center.

Jul 11, 2015
0
The Deron Williams era for the Brooklyn Nets played like a Diplomats reunion in 2028. It never felt good and the hopes of it eroded quicker than that other team in New York's bad contract extended to an aging player who’s best years were behind him.