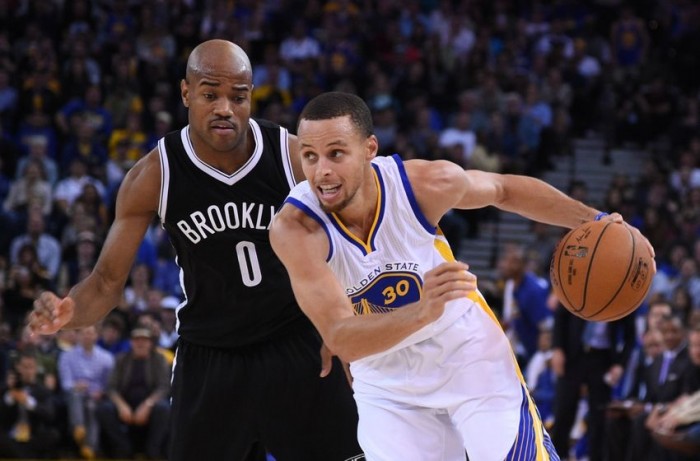 The Great Offense That Didn’t Care –

I write this halfway threw the second half of the game of the week. That’s the Warriors VS the Brooklyn Nets. The Nets have to many issues and while I am a Nets fan I know not many people see them as a top tier team in the eastern conference (tho I think they should be but we will save that for another piece.). For now I want to talk about the Warriors.

Like a honors student on the first day of college the Warriors got off to a great start. Thompson looked great, Bogut looked awesome, and Curry still is captivating. Everyone with a blog was letting us know that this team was headed for big things this season. Well I’m here to tell you they will be headed for more of the same as the last two years. Steve Kerr is already coach of the year if you ask Bill Simmons but he has not fixed one of the hardest issues the Warriors have not been able to overcome for 4 seasons, turnovers. The Warriors have so many good to great offensive minded players perhaps the only team that can rival the Spurs on that side of the ball. Somehow unlike the Spurs the Warriors do not value the ball.

This is disheartening because the Warriors by now should know how important maximizing your shots are, especially with a great offense. Instead the Warriors look like they are sprinting in quicksand. Yea they shoot a great percentage but they turned the ball over to the champion Spurs 20 times last time the two teams met. Its time we anoint the Warriors as a ceiling team and the fast start does nothing to stifle my thoughts. I know what championship basketball is and unless the Warriors make a move or radically change there offensive philosophies the Warriors will just be another foot note to the Spurs undying dynasty.