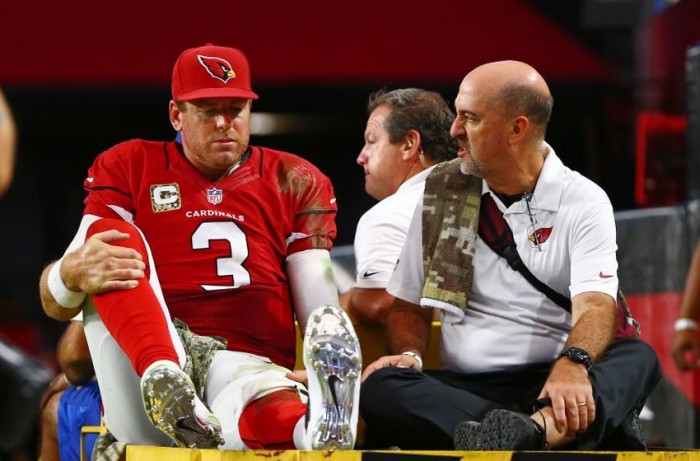 Stan here. I don’t really have a whole lot to say except that I finally got NFL Redzone and its worth every penny. Why didn’t anyone tell me about this before? I mean, I had always heard good things but they never did it justice. I was glued to my iPad the entire day. It was amazing. This weekend is going to be different…I’ve got a date. I know that has got nothing to do with football or the rankings but I’m excited about it.

Isn’t it crazy how I’m lower on the Giants than Rob is? Is it overcompensating? Maybe. I’m just really disappointed in my team and they have a really tough schedule ahead. Maybe I’m just bracing myself for the inevitable. I should be higher on the Bills like Rob because like him, I believe in their defense but I can’t have faith in a team led by Kyle Orton. But…I digress.

(Note from Rob: Stan left the Bears completely off his rankings this week, so only 31 teams were ranked. I am not sure if this was on purpose or if it was an honest mistake, but either way, it was the right move. Out of solidarity, I have also removed them from the rankings, however I left them in the tier I would have put them in. You can assume Stan would have had them quite low.)

The “We Can’t Even Take The Best Quarterback” Tier

31. Oakland Raiders – The funny thing is, there is some talent on this team.

The “Fire Everybody” Tier

29. Tampa Bay Buccaneers – Nah man, get Lovie Smith the hell outta here. I like the guy but this isn’t the team for him. If you can’t get a team with Gerald McCoy, Lavonte David and Alterraun Verner to play better, you shouldn’t be coaching. Maybe its the offense. Nobody told Mike Evans though.

28. Tennessee Titans – Alright so maybe its not totally the coach and GM’s fault that the players are terrible. Nope, it is. Bishop Sankey? Come on.

27. New York Giants – I don’t think Tom Coughlin should go and I think Ben McAdoo’s been doing a decent job, especially with Odell Beckham Jr. Jerry Reese though? Get him outta here.

The “Could You Imagine If This Team Had…” Tier

The “Don’t Let Them Get Hot” Tier

23. Washington Redskins – They’re not totally out of it and we’ve seen them go on runs before.

The “Might As Well Play For Next Year” Tier

22. Minnesota Vikings – Its more about the division but these guys should develop into a better team. It’d be nice if they could figure out how to use Cordarelle Patterson.

21. Houston Texans – We’ll see how they look with their new quarterback in Ryan Mallett but overall its the offense thats really holding this team back.

20. Buffalo Bills – Rob and I have been saying it for weeks. This defense is legit. He’s got them a lot higher than I do because those 11 guys on defense don’t play both sides of the ball. They played the Chiefs tough and might have won this game but the Chiefs are just a little better than the Bills.

19. St Louis Rams – These guys are going to be something at some point. Jeff Fisher is too good not to build a good team there. This year though, they suck…offensively at least.

18. Cincinnati Bengals – Andy Dalton continues to slowly kill Bengals fans one week at a time. He should be charged as a terrorist.

17. Pittsburgh Steelers – How do you have two of the best back to back games in NFL history and then follow it up with a loss to the Jets? What are they trying to do to their fans? And yes, Justin Bieber was the reason they lost.

16. San Francisco 49ers – I know they won, but it was in OT and they could have lost. I’m sure they’ll look way better against the Giants next week.

As these two teams get closer and closer to the end of the season, they’re going to make the race for the NFC North really fun to watch. All four teams have a legitimate shot but these two teams look better than the others.

The “Keep Your Eyes On Em” Tier

13. New Orleans Saints – This was a game they let slip away. Jimmy Graham scored a touchdown, plain and simple. Had they won, they’d be well on their way to being everyone’s bandwagon team. Now they can kinda float under the radar, even though everyone knows they’re going to win the division easily.

The “It Doesn’t Matter Who Wins The Division” Tier

Neither team is going to make a deep playoff run whether they win the NFC East or not. Still, its going to be fun to watch them play each other. Also, i’m really looking forward to Chip Kelly trading up in the draft to take Marcus Mariota.

8. San Diego Chargers – I think the Chargers have a real shot to win the Super Bowl if Phillip Rivers puts the team on his back down the stretch the way we know he can. And if he does, will the QB class of 2004 be the best of all time?

7. Indianapolis Colts – The defense has let Andrew Luck down in the second half of the season. The Colts are going to win the AFC South no matter what, but what about the playoffs? The defense needs to step up and stop letting my man crush down.

6. Detroit Lions – The Lions have one of the best defenses in the league and as long as Matthew Stafford doesn’t sh*t the bed, they’ll make the playoffs and make things fun to watch. Now that Megatron is back, the race for the NFC North is on.

The “This Will Be The NFC Championship” Tier

3. Arizona Cardinals – Sorry Cardinals fans, even though Drew Stanton is serviceable, serviceable might not be enough to take care of business. I do like this defense though.

The “This Will Be The AFC Championship” Tier

Lets not kid ourselves here.

The “We’re Not Even Trying This Year” Tier

That is right. These two teams are not trying to compete this year. I mean, they both probably thought they would be a little bit better, but at least they weren’t trying.

The “Believe It Or Not, We’re Trying Our Hardest” Tier

These teams however, they were trying. To be specific, they were trying very, very hard. All five of these teams thought they would be competing for playoff spots in 2014. The Panthers were coming off of one of the best years in franchise history, and the Bears were one fourth down prayer from Aaron Rodgers short of making the postseason despite losing their quarterback for the better part of six games. The Titans, Giants, and Buccaneers all play in weak divisions and were supposed to make a run at the leaders. None of them even came close.

The “Did You Just Meet Your Quarterbacks For The First Time?” Tier

Here are five teams that had moderate playoff hopes for the 2014 season, but pinned those hopes on Geno Smith, Sam Bradford, Robert Griffin III, Matt Cassel, and Ryan Fitzpatrick. It is as if they had no prior knowledge of any of their abilities whatsoever. Smith crashed and burned almost immediately, while Fitzpatrick more or less eroded over time. At least the Vikings had the sense to put Cassel on the bench before he embarrassed himself further, where he could play the role he was destined for as a reliable backup.

Speaking of reliable backups, you could make a case that both RGIII and Bradford have good abilities as NFL starters. Unfortunately, both are perpetually injured, and neither team seemed to prioritize or care about their own backup situations. The Rams backed up an always-injured Bradford with an always-injured Shaun Hill, and behind him was an undrafted free agent named Austin Davis, to go along with a great defense and improving offensive weapons.

The Redskins decided to move forward with the embarrassingly bad Kirk Cousins, and have only seen mediocre quarterback play intermittently on a few Colt McCoy drives. Who knows, maybe Ryan Mallett will change everything for the Texans and they can jump out of this group.

The “Law Of Inertia” Tier

Here is a direct quote from the GM of the Falcons and Bengals that I just made up.

“Hey, we have a bunch of good players but we got our butts kicked anyway last year. Maybe we shouldn’t look to improve any position on the roster and hope that we just get better somehow. We probably just had bad luck.”

Here is a direct quote from the GM of the Browns and Bills that I also just made up.

“Oh crap, we have a bunch of good players but we got our butts kicked last year. Maybe we should try to improve every position on the roster, and if we can’t, let’s try to at least have a good backup plan just in case.”

Either the Steelers or Ravens will probably get a home playoff game, because I expect the Browns to fall off just a little as their schedule gets tougher (unless Josh Gordon comes back on fire, which he very well might). The rest of this group is really fighting for a road playoff game in round one. The good news? Every single one of these teams can put up a big number or play enough defense to slide into the divisional round anyway. All you have to do is get in.

The Cardinals have the best record, but as of this week now have by far the worst quarterback. The Eagles are fiery hot but are starting Mark Sanchez. The Cowboys have put a good record together but they are thin and injuries could destroy them. The 49ers were lucky to even get to 5-4 beating the Saints, but may have the best overall roster in this group. The Lions have squeaked to 7-2 but they’ve collapsed before. The Packers might be the best team in the NFC but as of right now they are on the outside looking in. The Seahawks are the defending champions, but even they can’t afford to lose much if they have dreams of repeating.

Sadly, the safest bet to make the playoffs in this group is probably the 4-5 Saints. I hope Sean Payton writes thank you letters to Ron Rivera, Mike Smith, and Lovie Smith after the season.

The “Glad The Fourth Best AFC Team Is The Dolphins” Tier

This has officially become a three team race for two first-round byes. The Colts and Patriots both have a chance to take a commanding lead after their matchup this weekend, with the loser likely being relegated to the third seed in the conference. There will be plenty of chances for missteps for all three teams down the stretch, but don’t expect any other AFC team to jump into this conversation.

Dec 1, 2014
0
Check out the full replay of the latest episode of the KIRS Radio Show on DTF Radio/Ripped Radio Network. This episode featured discussions on the week 12 NFL match ups and Anthony Donahue from The Knicks Blog joins us in studio to discuss the struggling New York Knicks. Enjoy episode #59 from Brooklyn, NY!

Nov 6, 2013
0
We’ve past the halfway mark of the regular season and we’re starting to get a good idea of who the bad teams are and who the good teams are. Enough banter, on to the rankings.