Jimmy Fallon persuades Mike Tyson to take on his Nintendo self in Mike Tyson’s Punch-Out!!

Back in 1986, Nintendo founder and former president Minoru Arakawa attended a boxing match featuring future heavyweight champion Mike Tyson. While watching the boxer fight, Arakawa became so astonished with the athlete’s “power and skill”, he was inspired to use his name and likeness in the upcoming port of the Punch-Out!! series to help the game sell well. 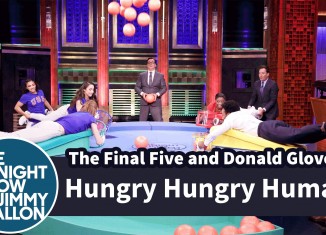 May 16, 2014
0
In this episode of Joking Off, Stan talks about whether Lebron James would be dominant in other eras, Michael Sam, meeting women, OkCupid and his history with...ladies of the night.