Home Articles/Editorials Broncos Down Another Player For Opener

Wes Welker of the Denver Broncos missed three games at the end of last season after sustaining a bad concussion. During a preseason game versus the Texans on August 23rd, Welker suffered yet another concussion.

However, head injury isn’t the reason for Welker missing the opening of the season. ESPN’s Adam Schefter reported that the NFL suspended the 33-year-old for the first four games after testing positive for amphetamines.

Back in May, it was reported by Pro Football Talk that Welker had taken the drug mostly known as “Molly”, also known as MDMA or Ecstasy, at the Kentucky Derby. Allegedly the Molly was cut with amphetamines. Under the league’s policy, straight MDMA would not have triggered a positive result of performance-enhancing drugs and/or overall substance abuse, but amphetamines definitely do. The superstar receiver appealed his suspension but lost.

“I’m as shocked as everyone at today’s news,” Welker wrote in an email to The Denver Post. “I want to make one thing abundantly clear: I would NEVER knowingly take a substance to gain a competitive advantage in any way. Anyone who has ever played a down with me, lifted a weight with me, even eaten a meal with me, knows that I focus purely on what I put in my body and on the hard work I put in year round to perform at the highest levels year-in and year-out.”

Dallas Cowboys Orlando Scandrick also was suspended for four games due to the same situation, of “not knowing he was taking a performance enhancement substance”.

This is a major hit for the Bronco’s receiving game as Welker is a go-to player. Through his career, he’s caught 841 passes for 9,358 yards and 48 touchdowns. He’s arguably one of the best slot receivers in NFL history, and a huge part of Denver’s offense.

Their first four games of the regular season consist of the Indianapolis Colts and Kansas City Chiefs at home then the Seattle Seahawks on the road and Arizona Cardinals back at Sports Authority Field at Mile High. Since the Broncos have a bye week 4, Welker will not appear until October.

Let’s not forget Welker was out the last few games and Denver still averaged Nfl-best 30.3 PPG. It’ll be interesting to see how the team adjusts this time around.

Feb 19, 2015
0
For the KIRS Top 100 NFL Players of 2014, Stan and Rob both put together their own individual lists and then averaged the rankings together to make a combined Top 100. The graphic showing the list will have their ranking obviously, but also where Stan and Rob ranked them on their individual lists, in case you were curious. Many disagreements will be had over those choices. 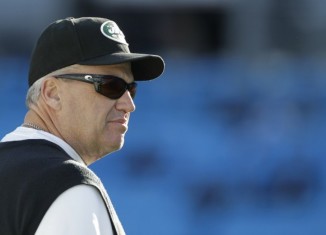