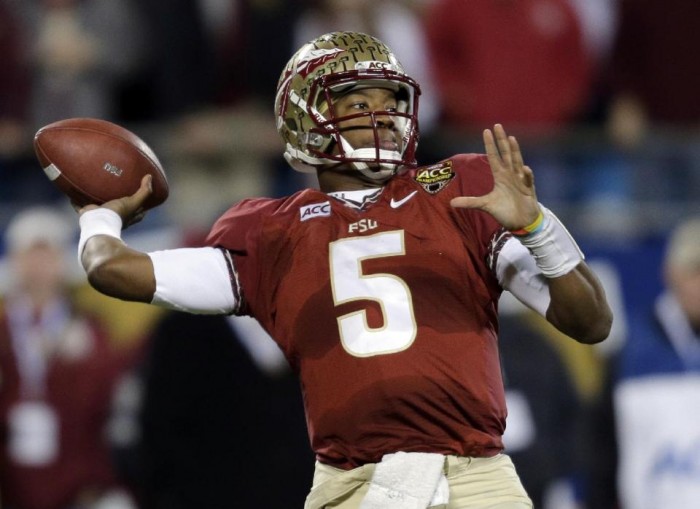 The Heisman Trophy typically doesn’t always translate into NFL success but its fun to pontificate on who the next young player to win the prestigious award will be. Last year’s winner, FSU’s Jameis Winston, will try to become the first player since Archie Griffin (1974-75) to win consecutive Heisman trophies. This year there are a lot of good players that could emerge and make a name for themselves, including guys that could become the first defensive player to win the award since Charles Woodson.
***Braxton Miller has suffered a season ending shoulder injury and therefore won’t be able to compete for the Heisman Trophy***
10. Duke Johnson, RB, Miami (FL) – Johnson barely makes the cut here not because he’s coming off an injury but because the Hurricanes backfield is pretty packed this season. It won’t be a committee but expect guys like Gus Edwards and true freshman Joseph Yearby to take away some carries. Johnson finished with 145 carries in 8 games and was on pace to finish the season with 234 rushes for over 1400 yards. If he can stay healthy for the season and help carry this team to a bowl game, don’t be surprised if Duke makes that trip to New York this December. Vegas odds: 33/1
9. Myles Jack, LB, UCLA – Myles Jack is really a two way player but he’ll spend most of his time at linebacker this coming year. The second year star had 76 tackles (51 solo), 7 tackles for loss, a sack, two interceptions a forced fumble and a defensive touchdown…in only six games. With more playing time, expect his numbers to double and immediately put him in the Heisman conversation. And if his defensive numbers don’t get him the award, who knows, he might be able to get it as a running back. Vegas odds: 40/1
8. TJ Yeldon, RB, Alabama – The third year player’s numbers dipped only slightly from his freshman year to his sophomore year but he was still able to finish 3rd in the SEC in rushing attempts and yards. The Crimson Tide will have a new quarterback under center so I would expect Nick Saban’s crew to run the ball more while Jacob Coker gets more and more comfortable in the offense. Vegas odds: 20/1
7. Trevor Knight, QB, Oklahoma – This past January in the Sugar Bowl, Trevor Knight put the college football world on notice when he picked apart the Alabama defense for 32 of 44 passes, 348 yards and four touchdowns, en route to a huge upset. The redshirt sophomore plans on building on that success and becoming the first Oklahoma Sooner to win the Heisman award since Jason White took it home in 2003. Vegas odds: 18/1
6. Nick Marshall, QB, Auburn – Apparently, Jeremy Johnson the backup quarterback at Auburn believes that Nick Marshall will win the Heisman Trophy. So, theres that. Marshall has a good chance to live up to that hype this year. The Tigers should have a better receiving corps and Marshall is always a threat to run. A quarterback under Gus Malzahn’s system will always be a threat to win the award. Vegas odds: 16/1
5. Todd Gurley, RB, Georgia – Barring injury, Toddy Gurley will be the best running back in the 2015 NFL Draft. Whether that means he’ll be a Heisman winner is a whole different story. He’s got a great combination of size, speed and power and he can catch out of the backfield. With Aaron Murray moving on to the NFL, the Georgia offense could be more run based, which would mean more touches for Gurley. Vegas odds: 14/1
4. Brett Hundley, QB, UCLA – Hundley is a guy that will almost certainly benefit from another year in college. He could definitely have been drafted in the 2014 NFL Draft but he made the choice to stay in school and hone his skills. Like Gurley, Hundley might be the best quarterback in the 2015 Draft but that might not necessarily lead him to the Heisman. Hundley can make all the throws, both in and out of the pocket, he’s accurate and fearless. There’s no reason he can’t improve upon his 3071 yard, 24 touchdown 2013 season. Vegas odds: 14/1
3. Bryce Petty, QB, Baylor – Baylor has produced some talent over the past few years, most notably Washington Redskins quarterback Robert Griffin III, but theres a new star in town and his name is Bryce Petty. Petty lead the Baylor Bears to 11 wins and a Big 12 championship while finishing with 4200 yards, 32 touchdowns and 14 more rushing touchdowns. As we’ve seen lately, dual threat quarterbacks have an easier road to the trophy and with another year of experience, theres a good chance he could win it. Vegas odds: 12/1
2. Marcus Mariota, QB, Oregon – The redshirt junior might have the inside track to get a Heisman trophy if the Oregon Ducks offense continues to put up the numbers it usually does. His 3665 yards and 31 touchdowns came despite suffering a partial tear of his MCL against UCLA and playing through it. He led the Ducks to the Alama Bowl where he earned MVP honors. He also finished the season with over 4300 yards of total offense, becoming the first player in Oregon history to pass 4000 yards. Vegas odds: 6/1
1. Jameis Winson, QB, FSU – Famous Jameis might be under scrutiny for stealing crab legs from Publix but once the lights are on, all that matters is what happens between the lines and Winston will not disappoint. Looking to become the first player since Archie Griffin to win consecutive Heisman trophies, Winston will have to improve upon his 4200 yards and 44 total touchdowns, which won’t be an easy task. The target is on his back now and teams won’t let him exploit them the way he did in 2013-14.Vegas odds: 15/2 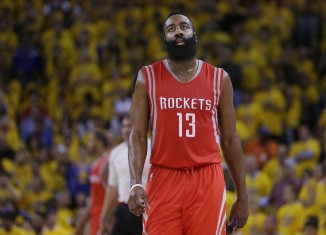 May 30, 2015
0
Join the KIRS Radio team from Noon to 2pm for unique and entertaining sports coverage you can't find anywhere else! The team will be breaking down the upcoming NBA Finals rand play a game of "This Or That" with today's hottest sports stories. 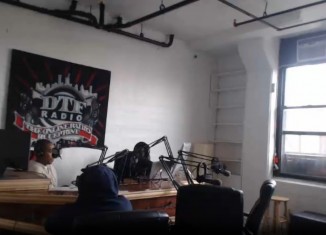 Nov 10, 2014
0
Check out the full replay of the latest episode of the KIRS Radio Show on DTF Radio/Ripped Radio Network. This episode featured discussions on the week 10 NFL match ups and the struggling LA Lakers in the NBA. Enjoy episode #57 from Brooklyn, NY!