This was a good week of football. We got some instant classics, some big surprises and Rob Ryan’s expression at the end of Sunday Night Football will give anyone who isn’t a Saints fan lots of joy for the rest of the season. We also had a tough week as Adrian Peterson’s son was brutally beaten and killed. Its never easy to come to work after such a tragedy but Peterson is fortunate to have a great group of teammates, coaches and fans to fall back in such a trying time. On behalf of the entire Keeping It Real Sports family, we’re sending out our thoughts and prayers to him and his family. On to the rankings. 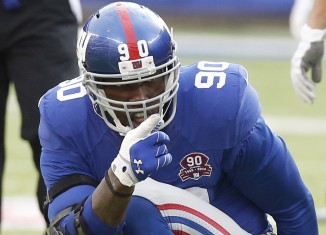 Jul 11, 2015
0
Join the KIRS Radio team from Noon to 2pm for unique and entertaining sports coverage you can't find anywhere else! The team will be breaking down DeAndre Jordan's return to the Clippers and JPP's fireworks accident.