The casual fan speaks the loudest in sports, always did always will. In New York casual fans are letting there voice be heard. For years the Giants were the football team upon a hill and when they entered the stadium on a Sunday it was a big deal, more so then when the lovable but underwhelming gang green enveloped the 100 yard long playground.

Nowadays twitter is flooded with the words #revisISLAND, and #jetsJETSjets the G Men are still relevant but the Jets still have that endearing feel but now there winners. Even prime time networks are catching on tonight the Jets will be making there second appearance on Sunday night football which is TVs showcase for the most intriguing matchup of the NFL week. During 9/11 who was the team New Yorkers were rooting for against the cowboys, certainly not the G Men. Gangreen still plays the role of little brother, the little brother who is now realizing big brother is not that that big of a deal any more.

Mar 15, 2015
0
For the KIRS Top 100 NFL Players of 2014, Stan and Rob both put together their own individual lists and then averaged the rankings together to make a combined Top 100. The graphic showing the list will have their ranking obviously, but also where Stan and Rob ranked them on their individual lists, in case you were curious. Many disagreements will be had over those choices. 40 - 21 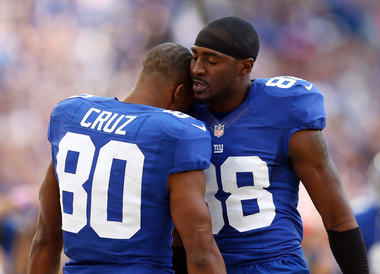 Oct 2, 2013
0
We're 1/4th through the regular season and we're starting to see what some teams are going to look like for the rest of the season. Of course, its never too late for some teams (Giants, I'm looking at you) to turn it around.