Home Staff Ed Easton Jr. What Can Brown Do For The Lakers?

The Lakers made it official in their efforts to move on without coach Phil Jackson by hiring former Cavaliers head man Mike Brown. He is expected to sign a deal worth about $4.5 million a season over four years for a total of about $18 million. Brown posted a 272-138 record in five seasons with the Cavaliers before he was fired after the 2010 season.

Brown Talks To ESPN about hiring

Current starting point guard Derek Fisher gave his thoughts on the hiring of Mike Brown on his twitter account.

A lot of really great coaches were being considered for the job. B Shaw was at the top of the list! He’ll be amazing and wherever he goes

is lucky to have him.Will miss Phil but excited to start a new chapter under Mike Brown. Looking forward to a different style and energy!!

It will be very interesting too see this signing play out with the Lakers and their supposed new style under Mike Brown. I can’t help but wonder what made them shy away from long time assistant Brian Shaw?

New Leader for the Johnnies?

Mar 20, 2010
0
One of the biggest names to be rumored as a likely candidate for the Red Storm coaching job is two time national champion Billy Donovan of Florida. 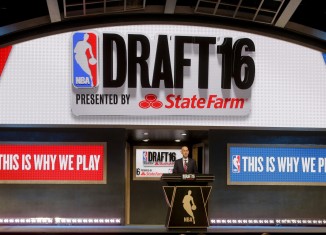 Jun 25, 2016
0
The 2016 NBA Draft did not disappoint in regards to huge trades and plenty of teams making decisions to affect their future for better or worse.