Look for teams to try and trade aging and big money players, with about one or two years left on their deals to playoff contenders with salary cap space. The cap is still new to the NHL and teams are trying to make room to sign young and talented players as well as their upcoming draft picks.

One possible player could be Brad Richards in Dallas. The man who helped lead Tampa to a Stanley Cup in 2004 could be on the move as he is to become an unrestricted free agent and command big dollars. The Rangers are one team that could be interested in obtaining his services and they could try to sign him long term or they could use him, as could a lot of other teams, as a rent-a-player for a Stanley Cup Run. Other layers include New Jersey’s Jason Arnott and maybe even Patrik Elias. The aging Arnott has a large cap hit, but he is an expiring contract. Elias, the franchise’s all time leading scorer with 706 points, has two years left on his deal, but has a hit of $6 million a season, and the Devils want to sign the currently injured Zach Parise long-term. The Ilya Kovalchuk contract does take a lot of Jersey’s cap space, and while Parise will only be a restricted free agent, he could be one and done after next year if a long term deal with New Jersey can’t be worked out.

In the action on the ice, the best team recently continues to be the New Jersey Devils. At the time of writing this publication they are an incredible 14-1-2 since the start of the second half of their schedule, beating Carolina on Wednesday and New York on Friday. They sit 12 points behind Carolina (with a game happening a few hours from now) with one game in hand. If they beat them again and win the game they have in hand on them they will be only eight points behind them. Of course Buffalo, Flordia, Atlanta, and Toronto are all in the chase too. The slipping New York Rangers (3-6-1 in their last 10) are only two points ahead of Carolina and could find themselves in this six team battle, turning into a battle between seven teams for two playoff spots.

Philadelphia and Vancouver lead their respective conferences, and Vancouver has a two point lead on Philly for the best point total in the NHL. The Canucks have great offensive talent with the Sedin brothers and Ryan Kessler, excellent goal-tending from Roberto Luongo, and solid team defensive play. They are first in goals against and fifth on the penalty kill. The Flyers are showing their run from 8th place in the eats to the finals was no fluke last year and they have team full of talent. Acquiring Versteeg from the Maple Leafs will only help them build on last year’s run. Jeff Carter, Danny Briere, Scott Hartnell, Mike Richards, Ville Lieno and Claude Giroux are the offensive force behind the team and they also have a good defensive group. Brian Boucher has played well but the real surprise has been their rookie goaltender Sergei Bobrovsky who is 23-9-3 with a 2.44 GAA and .919 Save Pct. Both teams are playing well and are each 7-3 their last 10 games.

This point of the season is usually where the cream rises to the top. The race for the final playoff spots in both Conferences should be exciting, and mission impossible 2011 for the New Jersey Devils should be exciting to watch if they can keep it up. 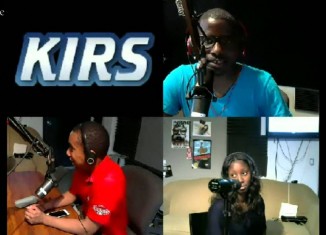 Aug 17, 2015
0
Check out the full replay of the latest episode of the KIRS Radio Show on SoundCast FM. This episode featured a discussion on the NBA Schedule Release and Geno Smith's injury.