The NHL trade deadline is approaching quickly. The deadline is on the last day of the month at 3 PM and teams need to prepare for their playoff pushes, sell off talent to invest in the future, and fix their salary caps. One of the most active teams so far has been the Toronto Maple Leafs. In September 2009 Toronto Traded away two first round picks to Boston for stand out forward Phil Kessel. Last year and this year has not gone to plan for the Maple Leafs, Kessel has been not happy at points this season, and it is somewhat possible we could see Kessel on the move again. In an effort to rebuild currently the Maple Leafs have currently received two 2011 first round picks, a conditional 2011 second round pick, a 2011 third round pick, and a conditional 2013 draft pick along with the following players: forward Fabian Brunnstrom, forward Joffrey Lupul, defenseman Jake Gardiner, forward Aaron Voros, and forward Joe Colborne. Colborne, Gardiner, and Brunnstrom are minor league players and Andrew Voros is playing for their minor league team currently trying to prove his worth.

He’s not a scorer, but can be a physical force for other teams to deal with. Lupul has had three points, all assists, in four games so far for the Leafs. There trade actions have mostly been made to be able to develop young talent through the draft. They have parted ways with standout players Tomas Kaberle and Kris Versteeg as well as Francois Beauchemin . They are currently battling with Buffalo, Atlanta, Florida, Carolina, and The Devils in the close fight for the last playoff spot in the east but these moves are designed for the future and not right now. While it’s not incredibly likely Kessel will be traded considering the high price the Leafs paid to get him from Boston, it is not completely out of the question.

The blockbuster trade of the week was between the St. Louis Blue and Colorado Avalanche. The Avalanche received defenseman Erik Johnson, forward Jay McClement, and a first round pick in either 2011 or 2012. The Blues got defenseman Kevin Shattenkirk, forward Chris Stewart and a second round pick in either 2011 or 2012. Johnson was the first overall pick in the 2006 NHL draft by St. Louis but has been a disappointment for the Blues. He was selected ahead of Kessel, Jonathon Toews, and Jordan Stall and his success, or lack there of, is easily seen by the achievements of those other players. The Avs hope he can grow in their system and become a top defenseman in the NHL.

Shattenkirk is a rookie defenseman drafted in the first round four years ago by the Avs and St. Louis obviously see a better upside with him than with Johnson snce they were willing to part with their first round pick. Chris Stewart was another Avs first round pick that had 64 points last year. Now, in his third season, he has only 30 points after missing many game with a broken hand he got in a fight and has not come back to form. McClement has been disappointing with his numbers in what is now his sixth NHL season, but he can kill penalties. From a potential perspective it appears the St. Louis Blues are the winners in this trade. Both teams are at the bottom of the West with only Edmonton behind them but they are both still alive in the playoff chase.

There have been a few minor trades as well, but as we get closer to the 28th we should see a few more deals. 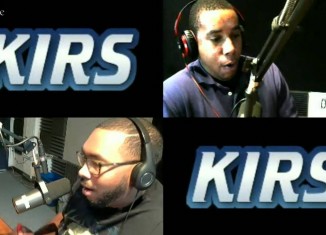 Aug 24, 2015
0
Check out the full replay of the latest episode of the KIRS Radio Show on SoundCast FM. This episode featured a discussion on WWE SummerSlam and the NFL Pre Season. 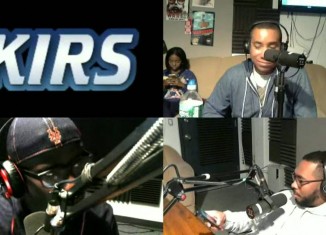 Nov 3, 2015
0
Check out the full replay of the latest episode of the KIRS Radio Show on SoundCast FM. This episode featured a discussion on the Mets chances in the World Series and the start of the NBA Season.