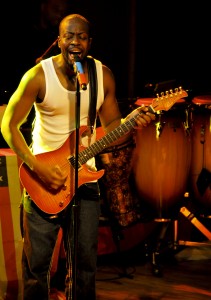 If I were President:  On Thursday, Haitian-American hip hop star Wyclef Jean announced his bid to be the next Haitian president.  The humanitarian and platinum selling music artist was a leading voice in helping the relief efforts after his homeland was struck by a massive earthquake in January, leaving the already financially impoverished nation in an even bigger crisis.   However, critics question whether the musician is qualified for such a position for reasons other than the fact that he lacks any prior political experience.  The Village Voice notes several reasons why Wyclef deserves not one vote.  On the list is Wyclef’s track record for not paying his taxes and the controversy surrounding his charity Yele Haiti in which he was accused of pocketing $400,000.

Acclaimed actor and philanthropist Sean Penn has also spoke out against Wyclef’s campaign calling it “very suspicious” and alleging that American corporations could be backing Wyclef for profit and business gain.  “I think it’s extremely important that we pay close attention to the individuals in the United States who are enamored with him [Wyclef], maybe not for his political strengths, and in particular for corporate interests who are enamored with him and those that may themselves be opportunists on the backs of the Haitian people,” Penn told CNN’s Larry King Live. In addition, Penn, who runs a large Haiti relief camp, criticized Wyclef’s absence in helping the disaster effort. “One of the reasons that I don’t know very much about Wyclef Jean is because  I haven’t seen or heard anything of him these last 6 months that I been in Haiti,” he said.

Check out a clip of Penn on CNN after the jump.

Fugee Member will Vote No on Wyclef: Wyclef’s  popularity, sincerity and deep commitment to helping his native country has touched us all.  However, he will need much more than that to win the election and even the support of those who have worked closely with him.  Fugee band member and cousin Pras Michel declared he will not vote for his former band mate and wrote on his twitter page: “It’s official, the people are asking for it. I’m here in the belly of Haiti, I endorse Michel Martelly as the next president of Haiti!” He also followed up with: “I want to make it unequivocally clear I love Wyclef to def [sic] but he’s not [qualified] to be the leader of the new Haiti, especially after CNN.”

Plugging the Spill Is A Success: As reported last week, BP launched the static kill operation on Tuesday in the Gulf which appears to have been successful in providing a permanent plug for the largest oil spill in US history.  Engineers used heavy mud to pressure the oil back into the reservoir and then capped off the well with cement. 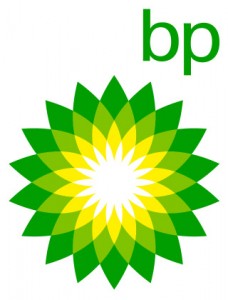 Where is the Oil?: On Wednesday, a White House advisor declared that a vast majority of the oil from the massive spill in the Gulf has been cleared away.  According to a federal report, the oil has been burned, skimmed, contained, and broken down by Mother Nature.  So, is the worst of the environmental catastrophe over?   Not likely.  Experts say that the federal report is shaky because it’s still unclear how fast the natural bacteria is breaking the oil down and 24% still remains dispersed in the water.  In addition, marine experts say that where oil is not visible, it may still exist in plumes underwater and that some wildlife may be eating the oil that is mixed with other sediments.

Mosque Near Ground Zero Is A Go: On Tuesday, the Landmark Preservation Commission has cleared the way for a new mosque to be built blocks away from Ground Zero.  At the hearing, the panel called the mosque project a key test of Americans’ commitment to religious freedom.

But protesters attended the hearing holding signs that read “Don’t glorify murders of 3,000. No 9/11 victory mosque” and “Islam builds mosques at the sites of conquests and victories.”

Contrariwise, Mayor Bloomberg on Governor’s Island asked New Yorkers to embrace the mosque stating the Word Trade Center site “will forever hold a special place in our city, in our hearts. But we would be untrue to the best part of ourselves – and who we are as New Yorkers and Americans – if we said ‘no’ to a mosque in Lower Manhattan.” 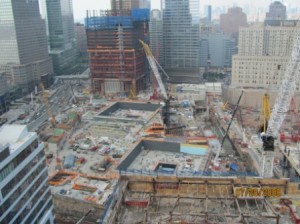 Rudy Giuliani’s daughter caught stealing.  On Wednesday former NYC major Rudy Giuliani’s 20-year-old was busted for stealing about $100 in cosmetics from the Sephora store in Manhattan.  If the DA goes forth with the charges, the Harvard student would be sentence to a court hearing at the end of the month.

$$Tax Increase on Clothes: New York state will be reinstating a sales tax on clothes and shoes priced under $100 according to the state budget that passed last week, four months after it’s deadline.  Residents of the five boroughs haven’t paid taxes on clothing less than $110 since the summer of 2007 when it was eliminated.  Last August the NY sales tax went up to 8.875%.   According to Governor Paterson, 4% reinstatement tax will be temporary and take of place between October 1 through March 31, 2011. 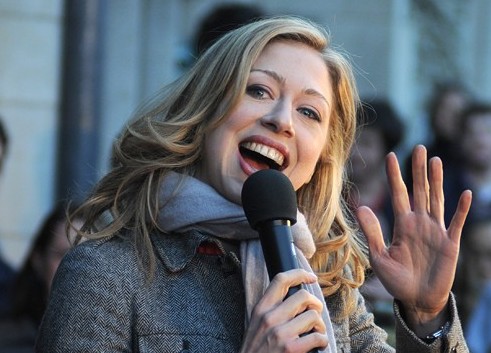 Aug 2, 2010
11
Check out the rundown in news headlines with bp, Black Congressional leaders, and more.