-Former Cryme Tyme co-horts, and best friends, JTG and Shad Gaspard battled it out in a Strap Match with JTG coming out with the victory

– CM Punk defeated “The Master of the 619” Rey Mysterio with the help of an unidentified new member of Punk’s Straight Edge Society. The win enabled Punk to keep his hair

– After attacking Triple H earlier in the evening, Sheamus delivered a brutal beating to “The Game,” thus defeating him in a Street Fight

– Former Tag Team Champions, Edge and Chris Jericho took their rivalry to the cage. And in the end, it was Edge who prevailed in the Steel Cage Match

– In an Extreme Rules battle for the World Heavyweight Championship, “The All-American American” Jack Swagger retained his title by defeating “The Viper” Randy Orton. But it was Orton who laughed last by delivering a post-match RKO to the champion

– Finally, in a highly anticipated Last Man Standing Match for the WWE Championship, John Cena, too, retained his coveted title by outsmarting “The Animal” Batista, by taping his feet to the ring post, causing Batista not to be able to answer the 10 count.

Get all WWE Extreme Rules coverage from WWE.com. Also don’t forget to tune in to the special 3 hour WWE Monday Night RAW, as the WWE Universe will witness the annual WWE Draft. Who will switch brands? What big trade will happen? Tune in at 8pm on USA. Also tune in to TNA Impact, tomorrow night, also at 8pm, as new TNA World Heavyweight Champion Rob Van Dam will speak after winning the title last week. And also “The Nature Boy” Ric Flair will take on “The Monster” Abyss in a Ring vs Ring match. Wrestling fans get ready for an historic, explosive Monday night. 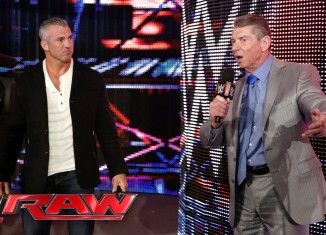 Shane McMahon On Raw: Is It Best For Business?

Apr 18, 2016
0
When a boisterous crowd of thousands packed into the American Airlines Center comes together in one voice, someone is bound to listen. The Post-Mania Monday Night Raw audience in Dallas welcomed Mr. McMahon with "let him run it" chants in reference to his son. 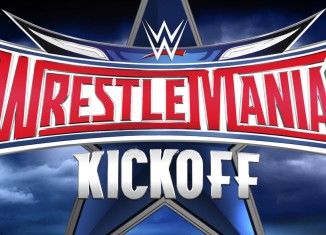