It is towards the end of April, and FINALLY….INFO ABOUT PRO WRESTLING HAS COME TO KEEPING IT REAL SPORTS.COM!!! Since January, the sports & entertainment world has seen a lot of changes. And coming off the heels of an impressive Wrestlemania XXVI, and about to embark on an extreme WWE pay-per view tonight, let’s take a look at some of the key moments that have happened within WWE and TNA over the past several months

On January 4th of 2010, Dixie Carter and the brass of Total Non-Stop Action (TNA) decided to come out of their shell and attempt to go to “WAR” with World Wrestling Entertainment (WWE), by bringing TNA Impact to Monday Night. It was a pretty good idea, being that “The Immortal One” Hulk Hogan was making his debut in TNA, and promised huge surprises that night. Yes, it was indeed cool to see Scott Hall, Sean Waltman (X-Pac), Eric Bischoff, and Jeff Hardy appear that night, but it wasn’t enough to prevent the wrestling fans from flipping the channel over to USA and tuning in to WWE Monday Night RAW to witness the return of a TRUE legend…

The Return of Excellence

The same January 4th night, that TNA decided to go head to head with Monday Night RAW, the WWE Universe were treated to the 12 year in ring return of a legend. “The Best There Is, The Best There Was, and The Best There Ever Will Be,” Bret “The Hitman” Hart returned to a WWE ring, and RAW for the first time since the Montreal Screwjob in 1997. It seemed as though the fans of the wrestling world were reverted back in time because Bret’s music was actually playing, he was actually coming down the aisle to the ring, and he did his trademark Bret hand gesture. But not only were the fans treated to Bret’s return, but they witnessed the embrace that shocked the world, as Hart and his long time nemesis, Shawn Michaels, buried the hatchet and hugged in the ring. Instant Classic!!!

At Wrestlemania XXVI, the wrestling world witnessed the greatest rematch that wasn’t suppose to be great. “The Phenom” The Undertaker battled “The Heartbreak Kid” Shawn Michaels for the second straight Wrestlemania. And what a match it was. People stated that this match shouldn’t have happened, that the match would top the year before. Boy were they wrong. Taker and Michaels went back and forth, move for move, with Taker coming out on top for the victory to remained undefeated on the grandest stage in pro wrestling. But with that victory came the unimaginable…

…But A Career Is Heartbroken

The loss that he suffered at Wrestlemania XXVI, at the hands of “The Phenom,” marked the end of the career of “The Heartbreak Kid” Shawn Michaels. Michaels, who has been with the WWE since being hired by Vince McMahon back in the late 1980’s, had to say goodbye to his fans. “The Showstopper” had a remarkable career. He won every title in the WWE to become the first Grand Slam Champion. He was the leader of the most recognizable group of friends simply known as, The Kliq. He, along with his best friend Triple H, formed the most controversial stable ever, De-Generation X. He played a huge role in the Montreal Screwjob, but in the end buried the hatchet with Bret. But most importantly, Michaels did a great job being the best performer/wrestler/entertainer that the WWE, and probably the entire sports & entertainment world has ever seen.

With all of that being said, with TNA officially being on Monday nights and the WWE having its annual draft tomorrow night, the fans are in for something great. Let’s just hope both organizations can keep up the hype. May the “Best” organization win…. 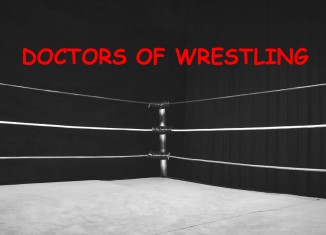 Nov 22, 2015
0
The 26th episode featuring all the latest wrestling news from all brands both nationally and locally. 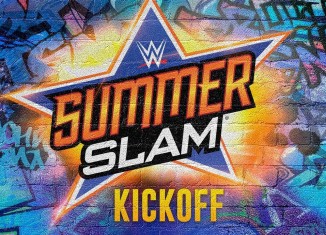 Aug 20, 2017
0
Before the Biggest Party of the Summer, check out the WWE SummerSlam Kickoff for all the late breaking news and expert analysis! Catch The New Day defend their SmackDown Tag Team Titles against The Usos, newly crowned Cruiserweight Champion Akira Tozawa defends against Neville and The Hardy Boyz team up with Jason Jordan to take on The Miz and The Miztourage!