I knew there’d be trades. Never fails. So here’s an updated version of my mock draft. Its basically the same as version 2 except a little different.

Miami Dolphins Jake Long OT Michigan They already signed the deal. Its done. And I was right.

St. Louis Rams Chris Long DE Virginia I keep hearing that the Rams might want Glenn Dorsey. But with Adam Carriker, their first round pick from last season, up at around 300 pounds, thats more like a defensive tackle than a defensive end. With that said, why not draft the best defensive end in the draft?

Atlanta Falcons Glenn Dorsey DT LSU I completely disagree with this pick but it could happen. For a team that had Joey Harrington and Byron Leftwich starting during the season, I think quarterback is their biggest need. Not taking Matt Ryan here probably won’t kill them but it won’t help either. I just hope they wise up and take a quarterback in the second round.

Oakland Raiders Darren McFadden RB Arkansas After they said that Justin Fargas would be their starting back, I thought they were insane to pass on a talent like McFadden. But everyone knows how this works. You act like you don’t want the guy you really want, and you act like you want to draft someone you dont so that another team will trade up with you to get him. So all this talk about Justin Fargas being their main running back is crazy. Besides, with the way the league is now, they’re going to want another guy to share the backfield with. It worked for Minnesota last year.

Kansas City Chiefs Brandon Albert OG Virginia There arent any wide recievers worth taking this early. I thought they’d be willing to take Devin Thomas out of Michigan St but he’s not worth a top five pick. They need to upgrade an offensive line that has lost two premiere linemen in consecutive years.

New York Jets Vernon Gholston DE/LB Ohio St The Jets definately want McFadden. They’d be retarded for not wanting him. But unless they trade up, or they get extremely lucky, its not happening. With that said, they could definately use help on defense after losing Victor Hobson to the Patriots and trading away Jonathan Vilma to the Saints.

New England Patriots Aqib Talib CB Kansas They lost Asante Samuel and Randall Gay to free agency. They have to help out that secondary.

Baltimore Ravens Matt Ryan QB Boston College Steve McNair just retired this week after 13 seasons. Kyle Boller is not the answer. Matt Ryan can take them back to the Super Bowl in a few years. He’s that good. If you dont believe me, look back to that Boston College- Virginia Tech game when he led his team to a win in thrilling fashion against a very good defense.

Cincinatti Bengals Sedrick Ellis DT USC I honestly think Dorsey is over-rated and I thought he could slip here to the Bengals. If he’s drafted where everyone thinks he will be, Ellis would be the way to go here. He’s the second best defensive tackle in this draft.

New Orleans Saints Dustin Keller TE Purdue Time will tell if this is where Keller will land. The Saints are interested in trading for Jeremy Shockey. If they do land Shockey, obviously this pick wont happen. i dont think the Giants will give up Shockey for anything less than a secound round pick.

Buffalo Bills Devin Thomas WR Michigan St I thought that Thomas would be off the board by now but I’m just not that impressed by thsi year’s recievers. I don’t think any of them is really worth being taken in the top 10.

Denver Broncos Jeff Otah OT Pittsburgh I figured they’d go wide receiver her and take a guy like Limas Sweed to get a replacement for Javon Walker, but after some thought, they do need some help on the offensive line. Especially given the fact that the jury is still out on Limas Sweed after a sub-par season at Texas.

Carolina Panthers Ryan Clady OT Boise St They could also go quarterback or running back here with guys like Joe Flacco, John David Booty, and Rashard Mendenhall still on the board. To be honest with you, its really a toss up between Clady and Mendenhall because the Panthers did part ways with DeShaun Foster.

Chicago Bears Chris Williams OT Vanderbilt These guys really do need a quarterback and there was widespread specualation that they were going to trade for a guy like McNabb instead of going with Rex Grossman again. But they seeem sold on Grossman and they hope that he’ll finally live up to his potential. Maybe getting a one year deal with no guarantee of playing time is just what he needs to wake up. If so, Williams is a good enough blocker for him.

Detroit Lions Leodis McElvin CB Troy The Lions need help on defense after losing Shaun Rogers, and Boss Bailey. They could also use some help on the interior offensive line after losing Damien Woody but drafting a cornerback here would be useful and one of the few smart moves General Manager Matt Millen could make.

Arizona Cardinals Dominique Rodgers-Cromartie CB Tennessee St You know what they say. Defense wins championships. And in this case, defense wins divisions. Thats what the Cardinals need to do. Win the NFC West.

Kansas City Chiefs Derrick Harvey Florida The Chiefs just traded away their best defensive player (who can also play tight end) to the Vikings for picks. I can see them taking a defensive end to replace him.

Houston Texans Rashard Mendenhall RB Illinois The Texans need an impact runner to pair up with whoever is still in that backfield. I think Ron Dayne might be on their roster, so that should be a clue.

Philadelphia Eagles Kenny Phillips S Miami Now that Brian Westbrook has come out and become a leader on that offense, they need to establish some stability on defense. Brian Dawkins isn’t getting any younger and that secondary could use some help.

Washington Redskins Keith Rivers LB USC The Redskins have never had a dominant linebacking corps and Rivers could be the focal point of a developing defense.

Dallas Cowboys Felix Jones RB Arkansas Jerry Jones really wants this guy to be a complement for Marion Barber and he’d make a perfect change of pace back.

Pittsburgh Steelers Phillip Merling DE Clemson I thought about the Steelers taking a chance with Jonathan Stewart here but he’s the same kind of back that Willie Parker is. So they should go defense here. You can never go wrong with defense. Another possible pick here is Brandon Flowers from Virginia Tech.

Tennessee Titans Malcolm Kelly WR Oklahoma The Titans have to get some help for Vince Young. I dont care about Kelly’s 40 time. This guy can play.

Seattle Seahawks Fred Davis TE USC This year’s tight end class isn’t great but Fred Davis is what the Seahawks have been missing. Jeremy Stevens has never been and never will be the answer at tight end. Davis can block, catch, and run decent routes.

Jacksonville Jaguars Kentwan Balmer DT North Carolina The Jaguars traded Marcus Stroud to the Buffalo Bills so they’ll have a huge gap on the defensive line. Balmer would be a big addition and help them immediately.

Dallas Cowboys DeSean Jackson WR California Cant argue with the experts. I don’t think Jackson is all that great. He reminds me of Ted Ginn, Jr. However, this late in the first round, he’s worth the gamble.

Green Bay Packers Chad Henne QB Michigan I find it hard to believe that this guy wont go in the first round and who better to draft him than the Packers. They get a backup and an insurance policy for Aaron Rodgers.

New York Giants Jerrod Mayo LB Tennessee The Giants can go in different directions here. They can also take Kenny Phillips to fill the gap at safety left when Gibril Wilson went to Oakland. They can also take Mario Manningham here since both Amani Toomer and Plaxico Burress are well into their 30s. Taking a linebacker here makes the most sense because they not only lost Kawika Mitchell to the Saints, but they can move Mathias Kiwanuka to his more natural position at DE if Michael Strahan retires.

So thats it… I’d throw in that 32nd pick but the Pats are cheaters and lost it. Nuff said. 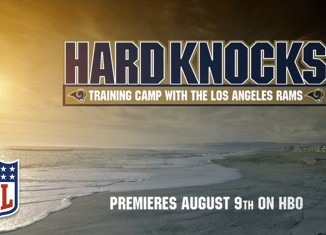 Mar 7, 2010
0
Even in a weak free agent market, a lot of teams have already made huge moves to improve their respective teams